Heavyweight great Larry Holmes went pro in ’73, and today he turns 73. Arguably the greatest living heavyweight (take your pick between Holmes and George Foreman), Holmes, dubbed “The Easton Assassin,” ruled the heavyweight division from June of 1978 to September of 1985. And Holmes, blessed with a magnificent left jab (plenty of experts point to Holmes’ jab as the finest in the division’s history), astonishing inner toughness, a fine all-round skillset, punching power and THE most incredible recuperative powers that ever belonged to a heavyweight, saw off a number of good to very good, to great ring rivals.

Holmes of course won the crown, the WBC crown, with what was the last epic 15 round heavyweight title fight; this the back-and-forth rumble with Ken Norton. Holmes made 20 title retentions overall, and when he was finally defeated, by Michael Spinks, plenty of fans felt Larry had been hard done by.

Even as an older fighter, Holmes was capable of turning back the clock on occasion, of teaching a young stud some lessons; Holmes’ 1992 win over Ray Mercer being such a winning performance. Holmes faced all manner of styles during his 1973 to 2002 ring career: hurtful bangers, rock-chinned tough guys, slick and tricky boxers, fast guys, plodding guys – you name it. And Holmes almost always found a way to win.

A hugely impressive 69-6(44) at the end, Holmes was stopped just once, this by a peak Mike Tyson in an ill-advised and ill-prepared comeback. Of his five other losses, one could make a case that only two of them were definite losses (Holmes’ decision defeats to Spinks X2, and his split loss to Brian Nielsen proving controversial).

And to think, when he was coming up, plenty of folks said Holmes would never make it, that Muhammad Ali’s former sparring partner was nothing special. How wrong these so-called experts were.

Holmes paid his dues and then some during his career, and he never ducked a soul. Holmes managed to win at least a couple of fights he had no right to survive, let alone emerge victorious in. 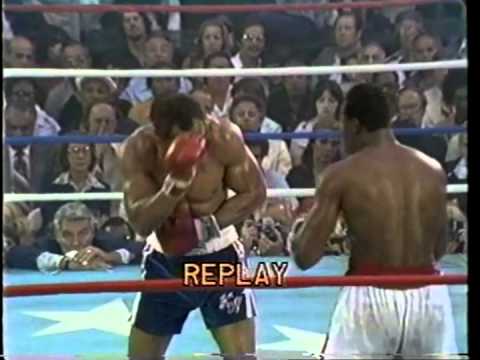 A sensational fight that saw both men give their all, this battle of attrition/slugfest features one of the greatest rounds in all of boxing history, this the final round which actually decided the fight.

Pole-axed by the murderous punching Shavers in their return fight (Holmes having won a wide decision in a 1978 final eliminator), Holmes, who was sent down hard by Earnie’s vicious right hand bomb, somehow – no-one will ever know how – got back up, fought back and then proceeded to bust up and stop the shaven-headed slugger. Truly incredible.

This was the fight that Holmes just had to win. Introduced first, not second as in the defending champion’s right, Holmes was pushed hard by “Great White Hope” Cooney. Holmes, at age 32, boxed, slugged and ultimately dominated Cooney. As a result of the loss he suffered and due to the funk he went into as a result, we never got to see how great Cooney might have been. Holmes nipped a major talent in the bud.

Miracle win number-two for Holmes. Decked almost as savagely by Snipes as he had been by Shavers, once again in the 7th round, also with a right hand, Holmes’ unmatched recuperative powers got him out of jail once more. Holmes’ fighting heart was truly awe-inspiring. Holmes got up from the hurtful knockdown and he administered quite a beating to Snipes.

Never count an ageing great out. This performance, one that saw a 42 year old Holmes roll back the years against a man who was both a hefty puncher and a fighter with a rock for a head, had Holmes using all of his experience, all of his craftiness, as he dished out a boxing lesson to the man known as “Merciless.” Holmes even found time to speak to the TV cameras as he shocked the world one last time. 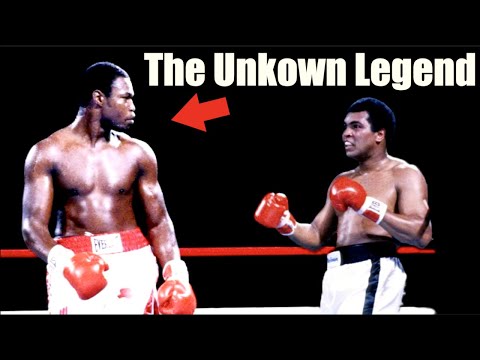