The above was former heavyweight king Larry Holmes’ rallying cry during his fight with an unbeaten, heavily favoured Ray Mercer. It was 30 years ago today when 42 year old Holmes – who was five fights into a comeback that had been launched three years after “The Easton Assassin” had been taken out by a peak Mike Tyson – met 30 year old Mercer. A stiff, 4/1 underdog going into the fight, Holmes managed to roll back the years and revive his career by way of a wholly unexpected 12 round unanimous decision win. 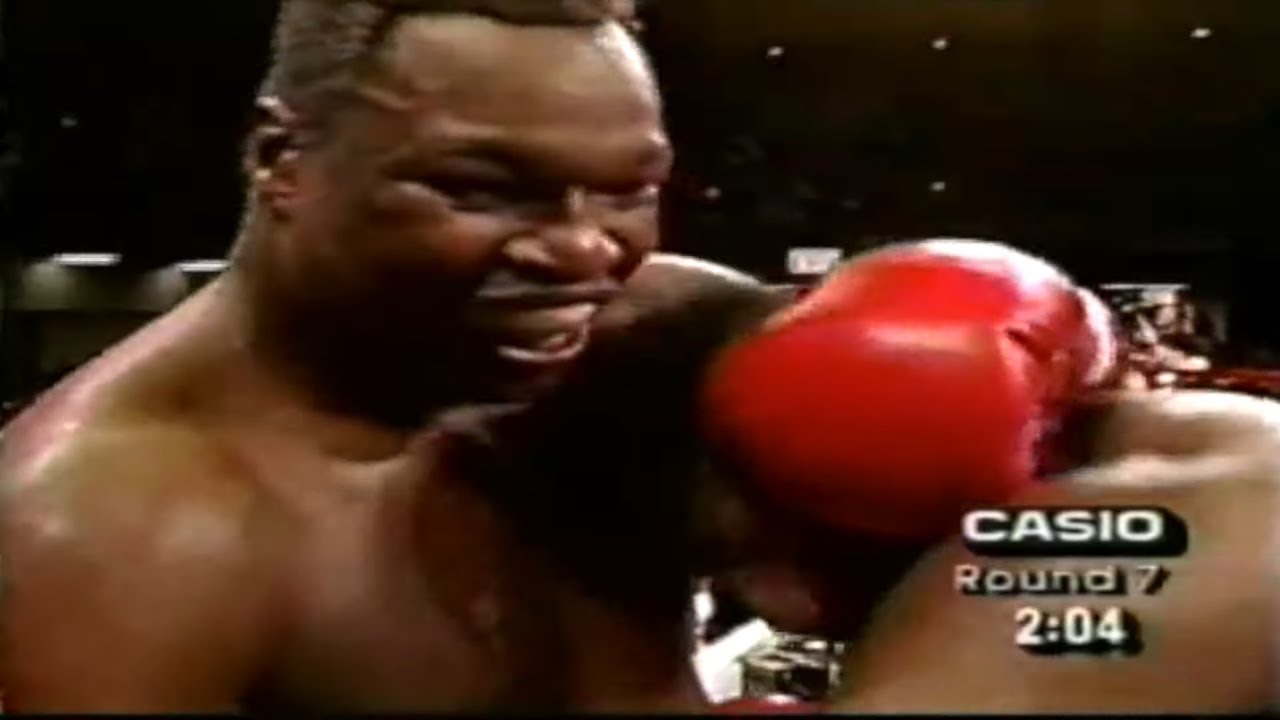 Mercer, who was unbeaten at 18-0, was coming off two quite savage knockout wins. The 1988 Olympic gold medal winner had shattered Francesco Damiani’s nose in January of 1991 – in doing so sending the Italian down and out in great pain, the painful finisher seeing Mercer blast away a serious points deficit. While in his last fight, in October of ’91, Mercer had darn near decapitated Tommy Morrison with one of the most gruesome KO’s seen in many a year.

No wonder fans and friends alike feared for Holmes’ well-being; forget his chances of actually winning the fight. But Holmes, 53-3, was a great fighter. Still. And he had a nice, big back of tricks with which to befuddle an overconfident Mercer.

The fight, staged at the Convention Centre in Atlantic City, was dubbed “The Last Stand.”

“A vicious hitter’s coming on strong. A legend’s coming back. The Last Stand: Power Vs. Pride,” the tag-line read.

Mercer rocked Holmes with a stiff, superbly timed left jab in the opening round, and Holmes supporters feared the worst. But then, when often fighting on the ropes, Holmes proceeded to outbox Mercer. Using his own version of the ‘rope-a-dope’ his former employer and pro-fight victim, Muhammad Ali had used to such great effect in 1974 against George Foreman (who was, at the time of the Holmer-Mercer fight, still campaigning in his own comeback), Holmes confused Mercer. Holmes also stung Mercer with hard and crisp shots. Larry even had time to speak into the ringside cameras; yelling then how he was no Tommy Morrison.

It was amazing seeing the old man do what he was doing, and “Merciless” was unable to do anything about it. Mercer could not figure out Holmes’ defence, nor could he avoid the former long-reigning champ’s shots. The crowd had been converted and Holmes soaked in the cheers. In the end, it was wide on the cards as it should have been; on two of the three cards anyway – 117-111, 117-112 and a pretty bad 115-113. Holmes had climbed another mountain and the view from the top of this one was especially sweet. Mercer went into a funk, unable, he confessed years later, to come outside for some weeks after being so comprehensively outboxed.

Holmes – who later did some confessing himself, telling us how he had fought Mercer with a detached retina – had earned a shot at current world ruler Evander Holyfield. Could Holmes take Holyfield to school the way he had Mercer? We got our answer that April. But for now, Larry Holmes was enjoying the acclaim and fan support he had earned after having enjoyed himself in the ring against such a dangerous fighter.

As Larry said, he wasn’t no Tommy Morrison.