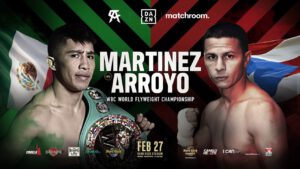 “None Of The Shots Wilder Hit Him With Were Clean, You’ve Seen Him Down Against Cunningham”

To plenty of fans, the fact that Tyson Fury managed to get back up in that quite amazing 12th round in his first fight with the lethal-punching Deontay Wilder ended all doubts about Fury’s chin.… read full article “Eddie Hearn Says Joshua Will KO Fury” 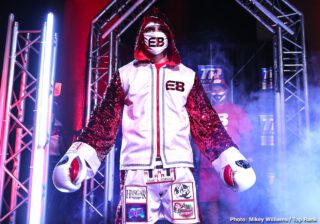 Sports Illustrated’s Boxing Prospect of the Year, Edgar Berlanga takes a stand on the Last Stand Podcast with Brian Custer. The First Round Knockout King confronts his critics including David Benavidez and tells us what we can expect from him in 2021.… read full article “Edgar Berlanga Interview: “David Benavidez is hating””

It’s looking more and more likely that Oleksandr Usyk and Joe Joyce will meet this year in a fight for the WBO interim title at heavyweight. Usyk has agreed to negotiate a fight with Joyce for the interim belt and this removes the biggest obstacle to the massive Tyson Fury-Anthony Joshua unification showdown.… read full article “Joyce vs Usyk Looking Likely For WBO Interim Title” 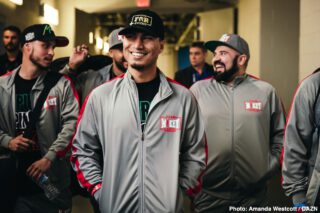 He feels that a fight against the 34-year-old Martin (28-2-1, 25 KOs) does nothing for the recently knocked out Wilder (42-1-1, 41 KOs), who needs a significant victory to make fans forget his loss to Tyson Fury.… read full article “DiBella wants Wilder to face Andy Ruiz Jr, not Charles Martin” 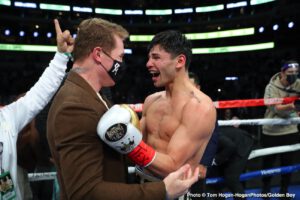 There’s a lot less interest in the Manny Pacquiao vs. Ryan Garcia fight today after it was revealed their mega-fight isn’t going to be a real fight at all; it’s being planned a simple exhibition match.… read full article “Exhibition: Ryan Garcia vs. Manny Pacquiao”

As you have no doubt read by now, there are serious talks going down regarding a possible Manny Pacquiao vs. Ryan Garcia fight. When 22 year old Garcia first spoke of this fight – his “Dream Fight,” as he described it – not too many people believed it would actually happen.… read full article “Manny Pacquiao Vs. Ryan Garcia: Age Vs. Youth, Speed Vs. Speed, Experience Vs. Enthusiasm” 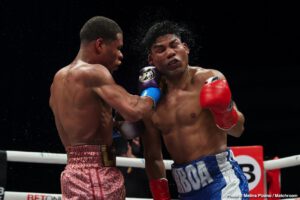 One of the things that helped make Floyd Mayweather Jr the great fighter he was (some may say, is) is his incredible work ethic. And according to unbeaten lightweight star in the making Devin Haney, Floyd certainly still has it.… read full article “Devin Haney Refers To Floyd Mayweather As “The Michael Jordan Of Boxing””