Terence Crawford’s trainer Brian ‘BoMac’ McIntyre seems to be focusing more in talking about a fight he hopes will happen between Bud and Errol Spence Jr in early next year than the opponent in front of the Nebraska native David Avanesyan for this Saturday night on BLK Prime PPV.

The way that BoMac talked mainly about Spence during a 12-minute interview on Wednesday suggests that they’re using his name to help promote the Avanesyan (29-3-1, 17 KOs) fight on Saturday, in which boxing fans are not showing a great deal of interest.

By talking up the Spence-Crawford fight, it could help entice fans to want to purchase Crawford’s fight with Avanesyan on PPV.

There’s no real reason for Crawford (38-0, 29 KOs) or BoMac to mention Spence because Bud walked away from the negotiations, leaving him hanging.

Given that move, which some boxing fans view as unprofessional on Crawford’s part, he may have burned his bridge to a fight with Spence and his good friend Jermell Charlo.

“Hopefully, we can get back to the negotiation table, and maybe we can finish it up and make the fight happen,” said Brian ‘BoMac’ McIntyre to Fight Hub TV about his hoping the talks can restart between Crawford and Errol Spence Jr.

“I think it is unfair because everyone says, ‘Why didn’t he take the the Spence fight? He takes that fight [Avanesyan].’ Business is involved in that. The business didn’t get handled the right way at the table.

“I’m not going to let Terence starve, get stale and put on weight because of one person in the division. No.

“Once he said, ‘Lets go,’ then they got nervous about it,” said BoMac about Team Spence during the failed negotiations. “They know Errol can’t beat Bud. Spence would be just another person.

“No, because Terence stays in the gym and stays active,” said BoMac when asked if he’s seen any signs of age in the 35-year-old Crawford.

“He’s not one of those fighters that blows up between fights. He keeps his weight to a good amount, so when he comes into camp, he’s not coming to lose weight. 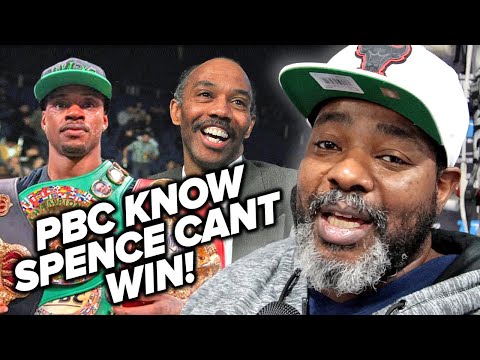 “I don’t care what they do. He [Spence] ain’t going to beat him,” said BoMac, forgetting the fact that Crawford may never get another chance at fighting Spence after bailing from their negotiation. “Bud is just a better fighter.

“If he boxes the way he always boxes, that’s going to play into Bud’s hands,” said BoMac about Spence.