It’s fair to say this fight wouldn’t be happening if Plant weren’t do desperate to get a rematch with Canelo. ‘Sweethands’ realizes that for him to get a second fight with Alvarez, he needs a significant victory over the likes of Benavidez or Jermall Charlo.

It’s not enough for Plant to beat the old lion Anthony Dirrell. He’s got to beat someone good to get the rematch with Canelo. Hence, we’re seeing Plant take a major risk that he otherwise wouldn’t be taking by going up against the younger, bigger & stronger 25-year-old Benavidez.

It would mean more to boxing fans if there were some way of knowing for sure if the Plant vs. Benavidez winner will get a shot at undisputed 168-lb champion Canelo Alvarez because that’s the iffy part.

Plant has made it clear that he doesn’t want to fight Mexican fighters, which could mean that Benavidez won’t get a shot at him if he comes out as the winner against Plant.

Benavidez would still be elevated to the new WBC champion if Canelo vacates or stubbornly refuses to fight him, but it won’t mean as much if that fight doesn’t happen.

There’s no venue picked out yet for the Plant-Benavidez fight, but it could take place in LA, Texas, or Las Vegas.

“They’re working on it right now. I don’t know where it’s going to be. They were talking about LA, Texas, or Las Vegas. Wherever it is, we’ll be happy to fight anywhere,” said Jose Benavidez Sr to Fight Hub TV about the fight with Caleb Plant and David.

“Everybody already knows that Caleb is talking a lot of s**t, and the best way to settle it is inside the ring. If he has problem, let’s make it happen. When we had the belt, we asked him to fight him, and he didn’t want to fight.

“Now he wants to have a rematch with Canelo. The winner of Benavidez vs. Plant gets to fight Canelo. It’s mandatory for the WBC, and that’s a good opportunity. 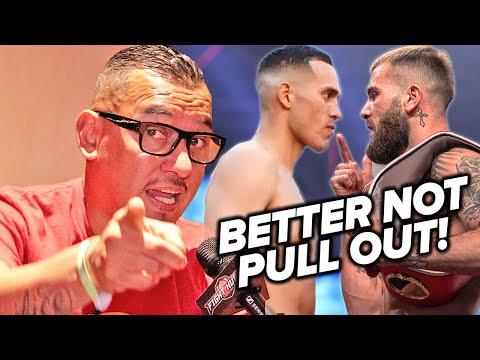 “I watched that fight [Plant vs. Anthony Dirrell], and to me, that was a boring fight. It was pretty even. He [Plant] connected with a lucky shot. It’s not like he was setting that shot up.

“He looked good. He dropped Anthony Dirrell, a fighter David fought a while ago, and David broke him down, punished him, and took him out. Thankfully, he [Plant] won that fight like that because it makes it more interesting to fight David Benavidez.

“I think David looked more impressive [against Dirrell than Plant], beating him up, cutting him up, giving him a beating, and punishing him. I’m not going to take nothing away from Caleb Plant.

“He’s a good fighter and has good footwork, and he was a champion. It’s going to be a good fight for him. It’s not going to be an easy fight. I think the first three rounds are going to be very difficult, but we’re going to catch him and break him down,” said Jose Benavidez Sr about what his son, David, will be doing against Plant.