According to Oleksandr Usyk’s manager Egis Klimas, the big fight we all want to see between rival heavyweight champions Usyk and Tyson Fury, the undisputed fight, is “almost done.” Speaking with Talk Sport, Klimas said he has, since Saturday’s Fury-Derek Chisora fight, spoken again with Queensbury and with Top Rank.

Klimas said negotiations for Usyk Vs. Fury were deep even before the Chisora fight and that now “there is not much left to talk (about)” regarding the completion of the fight. There was a fear that Fury may need elbow surgery, having had an issue with his elbow in the Chisora hammering, sorry, fight. But we have not heard anything about this since, which is of course a good thing.

A fit and ready Tyson Fury going up against a fit and ready Oleksandr Usyk is what we want to see. And according to Klimas, the fight should happen “no later than March 4.”

“We’ve been in negotiations even before the [Chisora] fight, that’s why we showed up to the fight,” Klimas said today. “So, I’ve been speaking with Queensbury Promotions before and we spoke to Top Rank [this morning] on a conference call. All of us got together and we are almost done. Two heavyweights, the best in the sport today, undisputed heavyweight championship bout, this is what the fans need. Most likely it is going to be no later than March 4 and most likely it will end up in the Middle East.”

Klimas did add how he has heard discussions regarding some other possible locations, such as London and Qatar, but that “most likely we are heading for Saudi because they are very interested in that fight, Saudi loves Usyk.”

Tyson Fury himself spoke about the possibility of the fight taking place in the Middle East at the post-fight press conference, and it does seem the Middle East in the frontrunner to play host to the fight.

Let’s all now hope no snags occur, no injuries to either fighter, no last-minute demands from either fighter. Klimas is right – we need to see this fight. The sport needs it. The world needs it. No excuses. 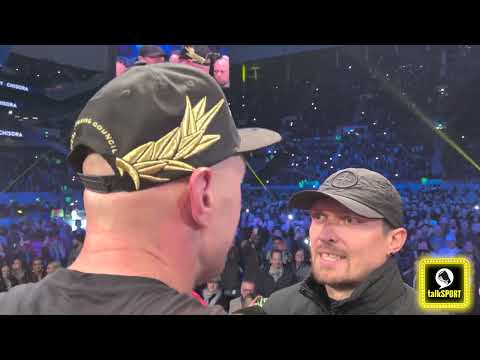