WBO welterweight champion Terence Crawford is to namedrop Errol Spence Jr’s name in the lead-up to his title defense against David Avanesyan on December 10th on BLK Prime PPV at the CHI Health Center in Omaha, Nebraska.

Whether intentionally or not, Crawford (38-0, 29 KOs) is talking almost exclusively about Spence in promoting the pay-per-view fight against Avanesyan (29-3-1, 17 KOs) for December 10th.

Crawford is hoping that once he gets the 34-year-old Avanesyan out of the way, he can renew talks with Spence and put a fight together for the first half of 2023.

“You have to wait until [fight time] on Saturday. I can’t give you too much info,” said Terence Crawford to iFL TV when asked to discuss his December 10th fight against David Avanesyan.

“I’m pretty sure that he’s looking at tape and trying to figure out my weaknesses, as well as me, and my team is doing the same. Yeah, he’s a very tough opponent, and we respect him.

“We’re not overlooking him. We’re training really hard for this fight on December 10th.

“I think the Errol Spence fight didn’t happen for a number of reasons. Some of the reasons I don’t have the answer to. My accomplishments speak for themselves.

“I don’t want to discredit or take anything away from Errol Spence, but all of his achievements have been in one division. He’s a unified world champion.

“For us to do what we did to Jeff Horn, that was a significant victory for me and my career. Actually, Kell Brook as well. A lot of people were saying that I wasn’t ready for Kell Brook or Shawn Porter because I was a smaller guy.

“I think both of those fights were significant wins as well. I think those two fighters [Brook and Porter] were his significant wins as well because those were to fights that he won a title, and he won a world title from Kell Brook, and he won a world title from Shawn Porter,” Porter said about Spence’s best career wins. “I think those two wins were the biggest wins of his career as well.

“I’m going to continue fighting and do what I got to do for me and my career. I wouldn’t say it’s a regret for my career,” said Crawford when asked if it would be a regret if he never gets the opportunity to fight for the undisputed welterweight championship.

“For me personally, I can look in my room and see every single belt that I had that everybody wants. I sleep real well at night, knowing that I accomplished everything that I see my sights on.

“It’s just business, but at the same time, it becomes a lot of dislikes when people say a lot of negative things, and they lie about certain situations,” said Crawford when asked if he dislikes Spence.

“Do I dislike him? No, I don’t dislike him. It’s business. It would have happened in Vegas, but I don’t know if there would have been a tour or anything. That’s the biggest fight in the division right now.

“Mainly, that’s where my eyes are set on. If that fight don’t happen, then I got to go to the drawing board to see what’s the next biggest fight for Terence Crawford.

“That’s the biggest fight that can be made for Spence right now,” said Crawford about Spence vs. Keith Thurman. “It’s not a Terence Crawford fight. Thurman’s the next biggest name in the welterweight division.

“So, I wasn’t surprised with the WBC ordering Thurman vs. Spence being that they’re both PBC fighters and advised by Al Haymon. It’s a good fight. I just think Spence is going to edge Thurman out because Thurman has too much respect for Spence.

“He’s going to go in there, not fighting his fight because he’s going to be a little too worried about Spence’s punching power and how strong he is,” said Crawford. 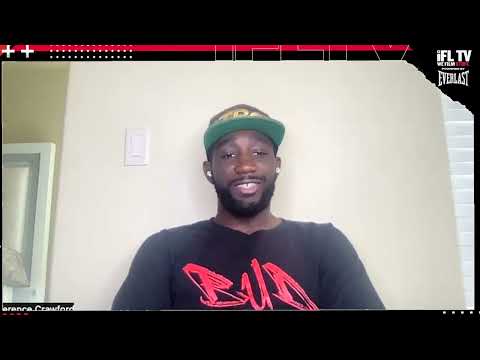