Roy Jones Jr believes that with the lagging that Errol Spence Jr and Terence Crawford are doing in failing to make a fight between them, the contenders at 147-lb division could pick one of them off.

With Spence & Crawford getting up there in age and not staying active as they once did, they could get beaten by the young lions Boots or Ortiz.

There are already many boxing fans who believe that Boots Ennis would beat Crawford. Spence might be another story, but if he’s still not fighting next year, it won’t be surprising if Boots were to beat him as well.

“What I’m really afraid, to be honest with you, if they’re not careful, the guys under them that are looking at them, saying ‘If they’re scared to fight each other and can’t seem to make a fight and we want to go whoop one of them.’

“If the best won’t fight the best, ‘Let me go beat that person so I can become the best, and I’m going to fight him. Now, we miss another fight. Joshua vs. Wilder, they wait around too much.

“If we’re not careful, we might end up missing Usyk vs. Fury. If you have the best against the best and you don’t know who is the best, come on, bro. You owe it to the public.

“In boxing, we’re used to seeking two people to rise to the top and clash. It’s not like basketball and football, where they mandate the best have to play the best. In boxing, it becomes a choice.

“Bud called me for advice. I know Bud is all in. The other side [Spence], it’s not just the fighter; it’s the people around him. So it makes it very difficult because you can’t go against your people.

“We got denied the opportunity several times already. When we got an A & a B, we got to find out which one is the best,” said Jones Jr about Spence vs. Crawford. 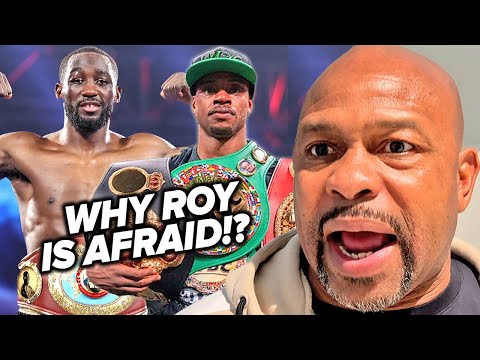