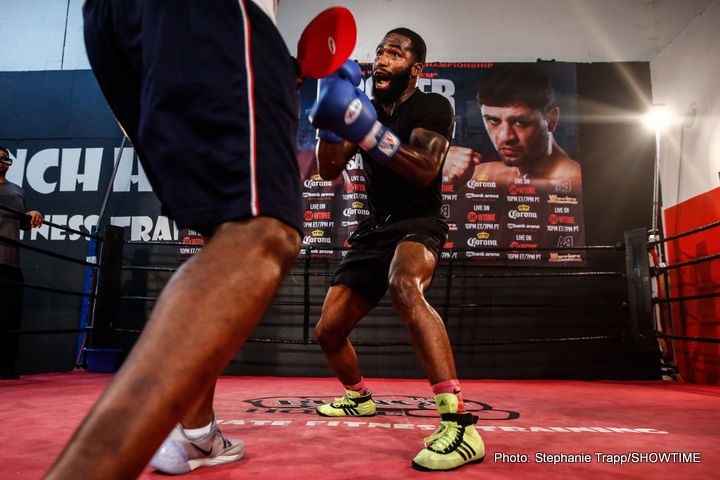 After June’s loss to Ohioan rival Shawn Porter, Broner saw his stock decline sharply once again, and after a series of ill-thought out social media posts, has taken a vow of silence as he prepares for his shot at the vacant WBA (sup) 140 lb title.

“I’m on a mission and I won’t talk to nobody until my mission is complete,” he said to Showtime, who are screening the fight, ignoring the fact he had broken his supposed promise to keep his trap shut.

“When you get so far in doing things your way, sometimes you don’t see what you’ve got to change until something happens – like a loss. It’s time to stop and take your career serious,” he added.

It’s perhaps a classic case of too much too young for Broner, who by the age of 23 was already a three-weight champ, before being brought down to earth with a bump by Marcos Maidana in the first defence of his welterweight title in December 2013.

After the former heir-apparent to Floyd Mayweather’s throne suffered the second loss of his career to Porter, never really getting started in the fight until the final round when he dropped ‘Showtime,’ he claims he realised he needs to devote himself fully to his boxing – something he now admits he wasn’t doing, and after being gifted this 4th world title opportunity, he intends to seize it.

“I felt like I was selling myself short. I wasn’t getting top dollar from the performances that I’ve been putting on. You have to learn from your mistakes. When you know why you’re losing then you can fix it.

“This next half of my career, I’m going to be the AB that’s about business and about boxing. Winning this fourth world title in my fourth weight class is very important. It’s making history at the age of 26. It’s a big move for me and I’m going for it.

“The path I’m on – anybody in my way right now is in big trouble. Just come watch me on October 3 and tell me what you think about the new Adrien Broner.”