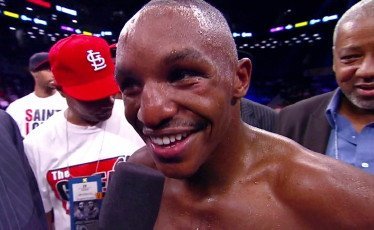 By Joseph Herron – In what was supposed to be his first title defense at the newly erected Barclays Center in front of his hometown fans of Brooklyn, New York, current WBA Welterweight Champion Paulie Malignaggi (32-4, 7 KOs) was forced to settle for a twelve round grudge match due to his opponent’s failure to meet the 147 pound weight requirement.

Former Lightweight pugilist Pablo Cesar Cano (25-2-1, 19 KOs) of Mexico weighed in at 147.75 at the official weigh in on Friday afternoon and lost his opportunity to challenge for the WBA title.

Despite missing out on the chance to become a Welterweight champion, the young 23 year old fighter made a very solid showing for himself against the much more experienced two division world champion.

Although Cano eventually lost a uniquely scored split decision to the Brooklyn born fighter, the tough Mexican body puncher gave Paulie everything he could handle, flooring the WBA Champ with a sharp right hand in the eleventh round of action.

But to begin the contest, the fight was all Malignaggi.

To begin the most action filled bout of the highly publicized Golden Boy quadruple header, the French based fighter used shifting lateral movement to keep the title challenger off balance and seemed to frustrate Quillin with quick shots from the outside.

N’Dam ostensibly won two of the first three rounds of action based on ring generalship and clean, effective punching from mid to long range. Despite having difficulty cutting off the ring effectively, “Kid Chocolate” showed his poise and maturity by shifting gears to plan B and forcing the reigning champ to assume a more aggressive role.

Rather than fighting N’Dam’s fight, the 29 year old Brooklynite baited the fleet footed visiting fighter into letting his hands go while moving in and countered Hassan with a picture perfect left hook that floored the WBO title holder for the first time in his professional career within the first minute of round number four. 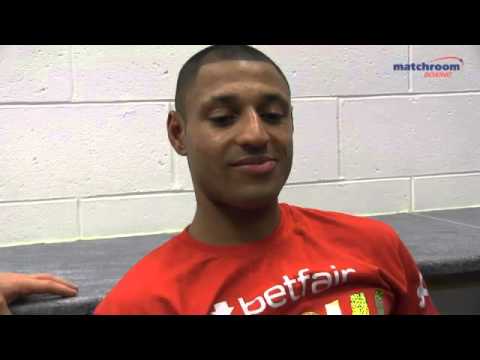 By Michael Collins: Unbeaten Kell Brook (29-0, 19 KO’s) did a demolition job on an outclassed Hector Saldivia (41-3, 32 KO’s), stopping him in the 3rd round in this IBF welterweight eliminator bout at the Motorpoint Arena, Sheffield, Yorkshire, United Kingdom. Saldivia was knocked down twice in the fight, once in the 1st and a final time in the 3rd. In the 3rd, Brook hit Saldivia with a hard jab that knocked him down. Saldivia got back to his feet but referee Howard Foster rightfully stopped the fight at :28 of the round.

Brook had Saldivia down in the 1st from a right hand. The remainder of that round saw Saldivia running and just trying to keep fro getting knocked out. The second round was mostly Brook landing jabs, uppercuts, right hands and left hooks while Saldivia took them clean in the face like a good sparring partner. In the tail end of the round, Saldivia came alive, landing a handful of shots that had Brook in distress. However, the round ended before Saldivia could do anything more.

There really wasn’t much to the fight. Saldivia threw next to no punches and was put down in the 1st round from a right hand. What jumped out at you in watching this fight was how did Saldivia get ranked #3 by the IBF? He looked worse than any of the top 15 contenders for any of the sanctioning bodies, and just made the fight look like a joke from start to finish. It was clear from watching the first 10 seconds of the fight that Saldivia didn’t belong out there, and the IBF didn’t do him or their own company any service by ranking Saldivia so highly when he didn’t have the skills to be fighting at this level. 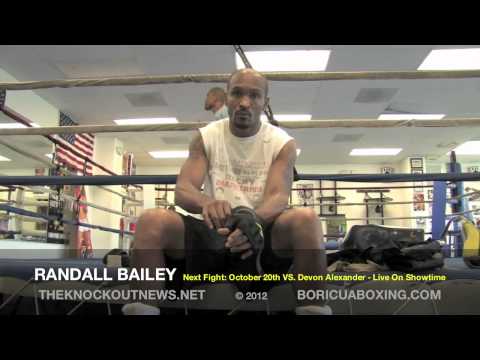 By Joseph Herron – When 18 year fight veteran Randall Bailey (43-7, 37 KOs) of Miami, Florida was slated to face undefeated 147 pound contender Mike Jones on the undercard of the Manny Pacquiao/Timothy Bradley PPV event on June 9th, 2011, for the vacant IBF Welterweight Championship, most fight fans and boxing scribes didn’t give the 38 year old fighter much of a chance to win the coveted title.

But when the “Knock-Out King” shocked the boxing world by landing a perfect right uppercut to the chin of the unbeaten prospect in the eleventh round of their championship bout, it left little to the imagination as to why Bailey uses his moniker during the pre-fight announcements.

After dropping nine of the previously contested ten rounds of “action” to Mike Jones, most ringside observers viewed the pairing as a colossal mismatch and a dismal one-sided affair. Ringside commentator for HBO and Hall of Fame trainer Emanuel Steward summed up the title fight perfectly.

With one solid right hand, the old man of the Welterweight division won his second world title in two divisions and became a legitimate player in the talent enriched weight class. 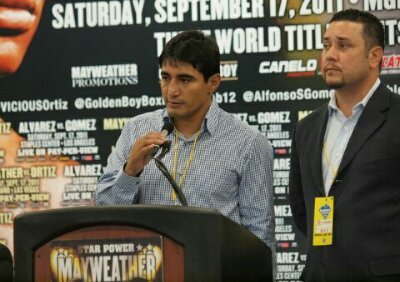