A decade has passed since Floyd Mayweather controversially iced Victor Ortiz with what has been called ‘the ultimate sucker punch.’ Mayweather, then 41-0, met young challenger Ortiz, 29-2-2, and the Las Vegas crowd packed into The MGM Grand saw some genuinely crazy stuff unfold. Mayweather, the reigning pound-for-pound king, and the defending welterweight champ promised a KO (he had not stopped a foe in almost four years) – and “Money” sure scored a memorable knockout.

It was all Mayweather for the opening three rounds, with not too much action to be seen. Then, in the fourth, the wildly unpredictable Ortiz (who had quit in a wild, multi-knockdown affair with Marcos Maidana in June 2009) landed a grazing shot, and he felt had had at last broken through Mayweather’s defenses. Ortiz threw a ton of punches, none of which landed, and then, frustrated, Ortiz suddenly leaped up and blatantly butted Mayweather. The crowd went nuts, while Floyd was furious. 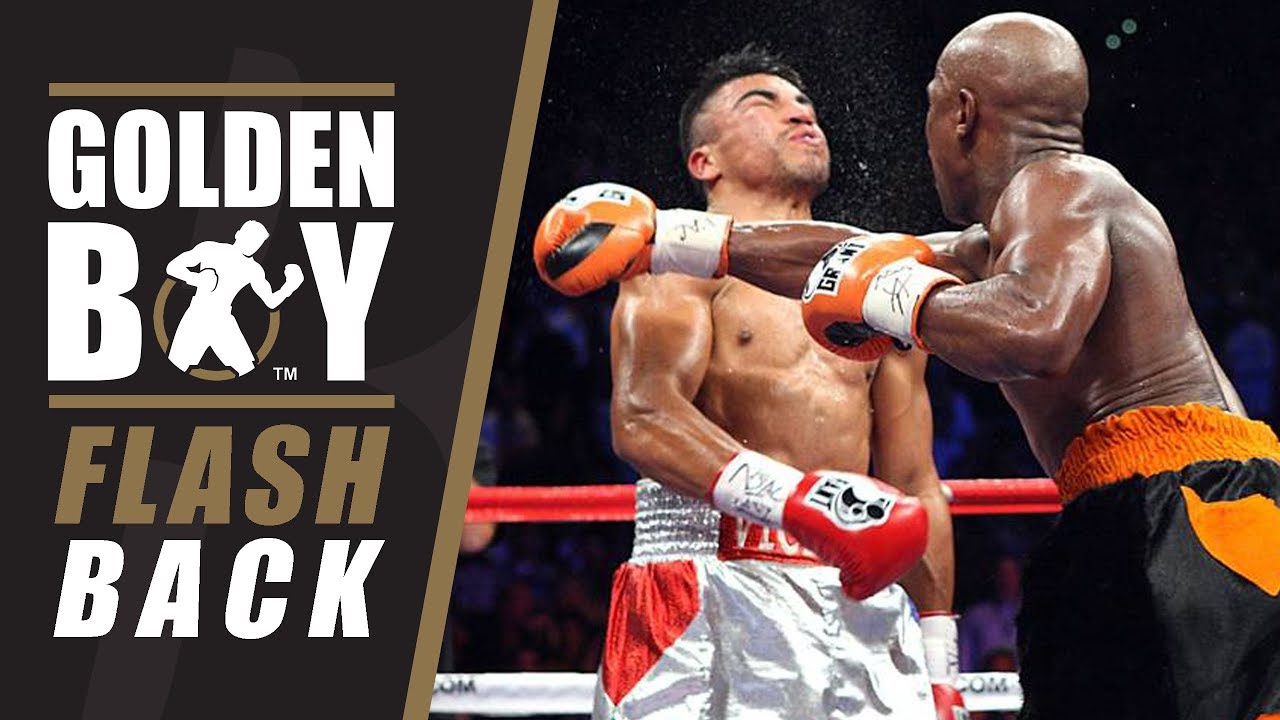 Ref Joe Cortez called a time-out and deducted Ortiz a point. Ortiz was then all apologetic, wanting to give Mayweather a cuddle AND touch his gloves. It all happened pretty fast, but when Cortez had called time-in, Ortiz, still apologizing, his hands down after having embraced Mayweather, was cracked by two flush shots to the head from an angered Mayweather. Ortiz fell hard, and he failed to get up in time. The fight was over. But should Mayweather have been disqualified?

Not so, Floyd said. “I got hit with a dirty shot, and it’s protect yourself at all times,” Mayweather said to interviewer Larry Merchant, the HBO legend being a guy Floyd had for some time believed never gave him his props. “It’s protect yourself at all times. He did something dirty, but we’re not here to cry and complain about what he did dirty. I was victorious. If he wants a rematch, he can get a rematch.”

Merchant pointed out how angry some fans in the crowd were, booing as they were. Mayweather took Merchant’s questions badly, and then he terminated the interview. “You’ve never given me a fair shake,” Floyd told Larry. “I’m gonna let you talk to Victor Ortiz. I’m through. They can put someone else up here to interview me. HBO need to fire your ass. You don’t know shit about boxing.”

This is where Merchant turned, looked into the camera with a mock look of shock, and then uttered his immortal, “I wish I was 50 years younger, I’d kick your ass,” line. It was great stuff. It was funny as well as shocking. It was pure entertainment. Merchant’s spat with Mayweather almost made fans forget about the sucker punch.

Over the years, during his later career, in particular, Mayweather critics labeled Floyd as “boring.” He, Ortiz, and Merchant were anything but (forgive the pun) on this night ten years ago!