WBC heavyweight champion Tyson Fury made an enormous amount of money for his dreadful mismatch with his friend, journeyman Derek Chisora last Saturday night at Tottenham Hotspurs Stadium in London.

With $23 million in purse expenditures for Fury & Chisora, how do Queensbury and Top Rank come up with that kind of dough without going into the red? Surely, the fight didn’t pull in enough pay-per-view buys last Saturday night to cover the huge purses for Fury and Chisora.

Likewise, the 60,000 tickets that were supposedly sold for the fight didn’t bring in the kind of revenue needed for the massive purses.

If Fury is going to be getting paid $20M to fight low-end fighters Chisora, how does Queensbury & Top Rank stay in business because there was no demand for this train wreck of a fight?

Fury could have had the Anthony Joshua fight but inexplicably set a short deadline, which he didn’t do for Chisora for some reason. Will Fury do the same for Oleksandr Usyk?

“Well, Victor Loughlin was merciful, and I think Tyson Fury was as well,” said Gareth A. Davies to Boxing Social about Derek Chisora being pulled out in the tenth round by the referee Victor Loughlin because he was getting royally hammered by Tyson Fury.

“I think he got $3 million tonight is what I read,” Davies said about Chisora. “I think Tyson got $20 million and Derek 3 [million] tonight.

“I spoke with John Fury, and he said, ‘I know my son. I don’t think he wanted to put his foot on him while he was down on the ground.’ That’s an analogy there. I think Fury had the beating of him after four rounds, and Derek was really resilient up until the sixth, even though he was getting beaten up, slowly roasted by uppercuts. 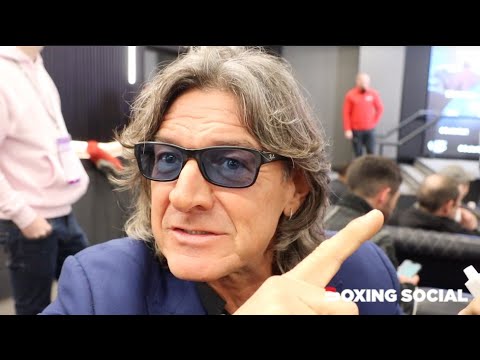 “Victor Loughlin was telling Derek Chisora’s corner after the ninth round, ‘You got to do something here or pull him.’ Even in the tenth, Derek glanced at Victor as if to say, ‘Can you pull me out here?’ I don’t know why his corner didn’t pull him out tonight.

“Up until about the seventh, maybe the eighth, I didn’t think so; you never knew with Derek if he might just pull out one big punch that catastrophically change the course of the night. Fury is too good; his IQ is too good.

“He’s in the purple patch of his career; he’s in the prime of his life as a fighter. Forget the little tires of fat around his waist. At the midrange, he dominated, and at close range, he leaned on Chisora, he tied him up, he clinched with him.

“There are 60,000 people in the stadium here. It’s winter; we’re outdoors because it’s the Tyson Fury show.

“I think Derek probably ends [his career] now. It’s a really big payday for him. Yeah, an amazing career. If he’d won tonight, only ‘Jersey’ Joe Walcott in 1951 won a world title as a heavyweight with more than ten losses on their record.

“So Derek would have joined ‘Jersey’ Joe Walcott. That’s an old boxing stat. For 70 years, no one with ten losses on a heavyweight record had won a world title. Derek wasn’t going to do it tonight, in my view.

“The great thing is, the big added spice tonight is Joe Joyce has joined the mix. I was getting squashed by Tyson Fury. I managed to get into the ring.

“I was squeezed into the corner behind big John, in front of Tyson Fury, and Joe Joyce joined the mix as well. We want to see Joe Joyce against Tyson Fury as well,” said Davies.