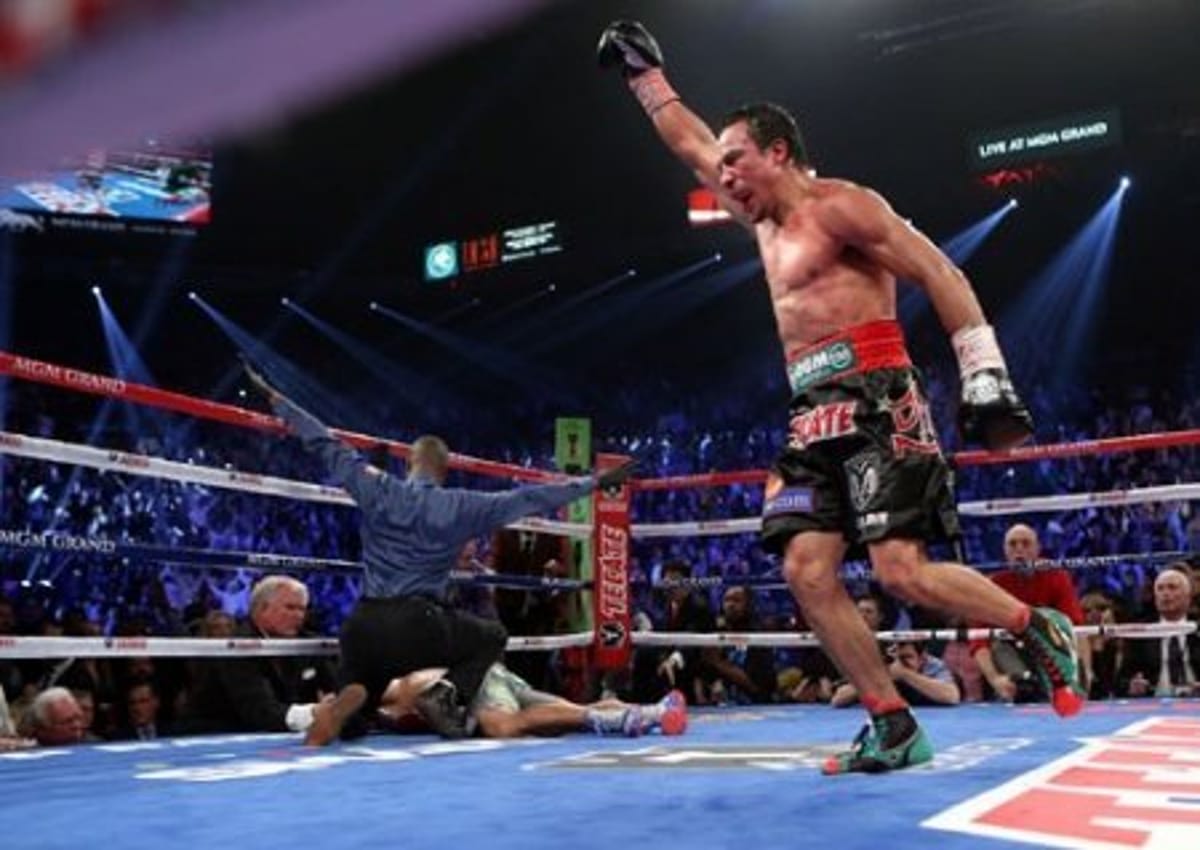 You could, and perhaps do, refer to it as THAT knockout.

It was on this day in December, back in 2012, when Manny Pacquiao fought his final fight with arch-rival and fellow great Juan Manuel Marquez. Together, these two modern-day legends had swapped leather and controversial decisions for a little over four-and-a-half years, with the two intense yet respectful rivals boxing a total of 36 rounds. 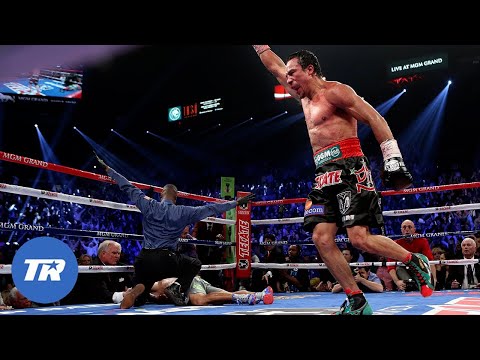 Going into the fourth fight, there was still no clear winner as far as who the overall better fighter was – who the better man was as far as their rivalry was concerned. But, in globally shocking fashion, Marquez changed that (or did he?) in round-six of the final showdown between himself, “Dinamita,” and Pac-Man.

After another great action fight – one that saw Marquez busted up and knocked down, with Pacquiao also tasting the canvas – the Mexican assassin suddenly struck with utter perfection, this during the fading seconds of the sixth-round. Marquez, throwing and landing THE punch of his long career, caught the inrushing Filipino icon with a bomb of a flush right hand.

Pacquiao went down as violently as any knockout victim you care to mention ever did, PacMan landing flat on his face, not moving for some time. It was absolutely The KO of the Year, if not the decade. Even now, a full decade on, the knockout has the power to leave an observer with a queasy sensation.

However, in the immediate aftermath is where Manny Pacquiao earned perhaps even more fans. Refusing to feel sorry for himself and refusing to make any excuses for the loss, Pac-Man recovered, he dusted himself down, and he got back on the horse. This is what a true champion does, and no fighter perhaps deserves the mantle True Champion more than Pacquiao.

Plenty of us wondered what Pacquiao might do next, having been so violently smashed to the canvas, this in what was a genuine jaw-dropping moment. Pacquiao soldiered on as a true champion. So too, did Marquez. Yet there was no fifth fight.

To this day, plenty of fans cannot stop thinking about what might have happened had these two all-time greats run into one another one more time. Just as many of us will never forget where we were when we saw Marquez explode on Pacquiao the way he did on the evening of December 8, 2012.