It seems the Tyson Fury-Deontay Wilder rivalry may not be over yet. Fury, who will face another old foe in Derek Chisora on December 3 in what is hoped to be a “tune up” for Fury’s big fight with Oleksandr Usyk, said to BT Sport that he would certainly fight Wilder a fourth time – but only in the UK.

As fans know, Fury travelled to the US to fight Wilder three times; in 2018 in Los Angeles, in 2020 in Las Vegas, and in 2021, also in Vegas. Now, Fury says, the fourth fight can happen at Wembley. Fury spoke about how Wilder has been ordered to face Andy Ruiz in a final eliminator for the WBC belt he currently holds, saying how he and Wilder could get it on again if Wilder beats Ruiz. 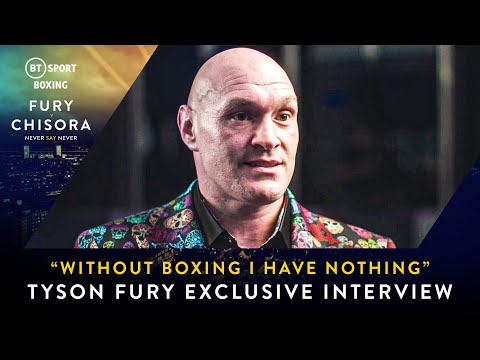 “Deontay Wilder is now fighting Andy Ruiz Junior for a final eliminator to fight me,” Fury said. “Now [a fourth fight] would be amazing here at Wembley again, wouldn’t it? I’ve been over there [to America] three times now. If he wants the fourth fight he’s got to come here.”

As thrilling as Fury-Wilder III was, with both guys hitting the canvas more than once apiece, we could stand a fourth rumble between the two. And as far as Wilder coming to the UK for the fight, it seems only fair, as Fury has been the away fighter in the first tree fights. Also, it’s not clear whether or not Fury is actually allowed to travel to the US, what with the controversy of his “friendship” with a certain Daniel Kinahan.

But putting all that aside – can Wilder get past Ruiz? And if not, would “The Destroyer” be willing to travel to the UK to fight Fury? If not, and if either Ruiz or Wilder becomes Fury’s WBC mandatory challenger, things will be very, very interesting if Fury is banned from going to the US. We shall watch and see how things develop.

But if Fury and Wilder did fight again, would it be Fury emerging victorious once again? It’s been said that Wilder, with his vicious punching power, beats any heavyweight not named Tyson Fury. Maybe Wilder is destined to lose to just one man.