In a fight that shocked many of us due to its ferocity and its sheer drama, Tyson Fury fought through the toughest fight of his career to score an 11th round KO over an almost supernaturally game and courageous Deontay Wilder. Tonight’s fight – an obvious FOTY candidate – was filled with action, with knockdowns, with incredible excitement.

Finally, after twice tasting the canvas himself, Fury took Wilder out with a huge right hand in round 11, the shot dropping Wilder on his face. WBC king Fury is now 31-0-1(22). Wilder, who fought his absolute heart out, is now 42-2-1(41). 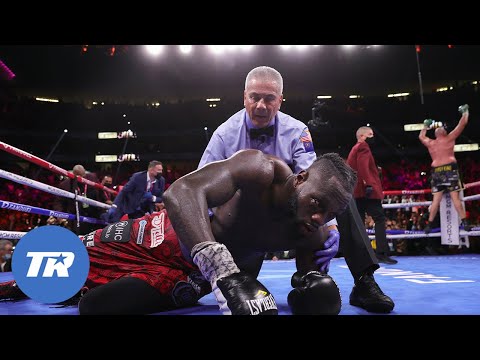 Wilder, so badly beaten in fight-two, surprised us by taking the centre of the ring in the opening round by pushing Fury on the back-foot. Wilder went to Fury’s body and it was clear we had an interesting fight on our hands. Soon, the fight became truly incredible.

Fury took over in the third, decking Wilder with a big right hand. Wilder got up but he was all over the place. How Wilder got through the round we will never know. But there was way more drama to come – way more. In the fourth, Wilder sensationally turned the tables, putting fury down heavily with a crushing right hand that send judders right through the defending WBC champion’s body. Fury, hurt like never before in his career, got up but he was soon decked again. How Fury got through this round we will never know!

The war raged on and not for one split second could a fan afford to even blink. Wilder was tired in the fifth and for the first time, he really started to look like the beaten man he was in the second fight of 20 months ago. But Wilder has some amazing heart. The action was messy in the 6th, with the two holding and wrestling on the inside, which is of course Fury’s game. The 7th saw Wilder almost go down again, only his guts keeping him up after taking more heavy head shots from Fury. How long could this fight go on for? Wilder was hurt numerous times in round-eight, yet he was still there, taking big right hands but managing, somehow, to fight back.

The doctor had a look at Wilder at the start of round nine but the fight was allowed to go on. And then Fury was under fire. It was at this stage that the term ‘classic fight’ sprang to mind. It was indeed amazing to watch. How Wilder, so exhausted, so badly buzzed again and again, could carry on, who knows? Never have we seen such bravery and refusal to be beaten – by both men.

Fury dropped Wilder yet again in the tenth, and the fight was surely over. But no, Wilder again got back up, and he again found something to be able to fire back with! Fury nailed Wilder with a hefty right uppercut to the jaw to end the round. And then finally, Fury closed the show with a monster right hand to the head in round-11, Wilder going down hard, this time finished.

We witnessed something special tonight. As Frank Warren said, this was the best heavyweight fight he has ever seen. Who agrees with him? Many of us, no doubt. Fury and Wilder may never like each other but they sure have mutual respect.