And most recently, Fury – who set a deadline for a December fight that Joshua failed to meet – stated how he and Joshua would “never fight.” Fury had moved on from the “big dosser.” But now, as has come as no surprise, Fury has changed his mind once again. 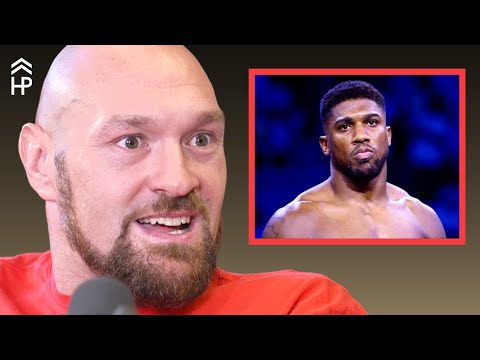 Speaking on the High-Performance Podcast, the undefeated 34-year-old said he “can’t retire today because I need that Joshua fight.” Fury, who will fight old foe Derek Chisora in a trilogy affair on December 3, said the fight between himself and Joshua is “the fight that I want to see as a boxing fan.”

Fans have, of course, been calling for a Fury-Joshua showdown for some time, yet it has been a teaser and nothing more thus far. But now, with Fury saying he “needs” the fight, maybe things are about to change. Maybe.

“We have been trying to make that fight for years. It’s the fight the people want to see. It’s the fight that I want to see as a boxing fan,” Fury said on the podcast. “For the last four or five years, there has been this three-headed monster: me, Wilder, Joshua. Joshua and Wilder have been slain, and I’m the last one standing. I think it would be an absolute dying travesty if me and Joshua didn’t fight in this era.”

And who are we to disagree? Fury has that (basically needless) third fight with Chisora to attend to, and then Tyson may fight current WBA/IBF/WBO heavyweight champ Oleksandr Usyk in what may or may not be a four-belt unification clash (Usyk having been ordered to defend against IBF mandatory challenger Filip Hrgovic next). But after that, whatever the result of a Fury-Usyk fight, Fury, and Joshua could get it on in a fight that would break all box-office records here in the UK.

Perhaps for the first time, Fury has expressed genuine interest in wanting to fight Joshua. We can, but hope Fury doesn’t change his mind yet again.