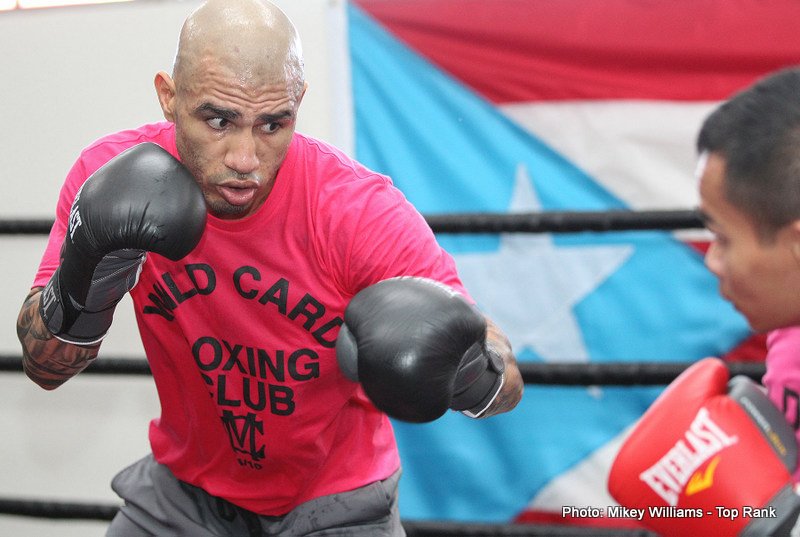 Rumors of a possible matchup between newly crowned Middleweight Champion Miguel Cotto and former WBO Welterweight Titlist Timothy Bradley have been circulating around the boxing community since Cottos victory over former Middleweight Champion Sergio Martinez in June. Bradley’s Promoter Bob Arum, CEO of Top Rank Promotions, first brought up the idea for the matchup, one being at a catchweight of 155 pounds, allowing Cotto to be eligible to defend his title, or giving Bradley the opportunity to win it.

Cotto’s team has recently dispelled any rumors about the fight being in talks at the moment. Bradley’s trainer Joel Diaz has complemented the rumors saying that the fight interests them. However Bradley finds himself in physical therapy until August at the earliest, so any name that gets rumored against him will have to wait a little while until a fight is in order.

Like most boxers, Bradley wants to test himself, while at the same time making as much money possible. A fight with Miguel Cotto at Middleweight will allow Bradley to do accomplish both of these things. On the opposite side of the coin, Miguel Cotto will most likely receive tons of backlash for bringing the smaller fighter up in weight. Also it must be stated that Bradley is coming off a unanimous decision loss to Manny Pacquiao at welterweight, it is unknown how well he has recovered from his first loss. The best course of action for Bradley should be to move up to Jr. Middleweight or Middleweight, and beat a top contender. While Cotto defends his title against a top Middleweight contender, or the winner of this weeks Canelo-Lara, Jr. Middleweight Bout.

Either way, this is an intriguing, competitive match-up for both sides, and surely the boxing world would not mind seeing these two titans tussle.