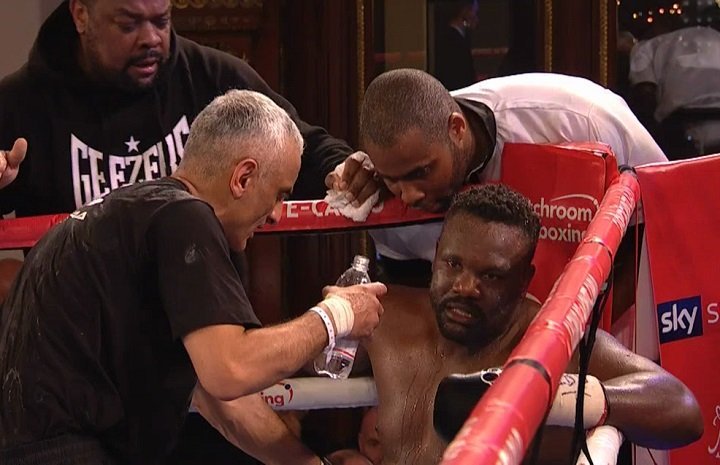 Might we have seen the end of two formerly formidable, now faded heavyweights last night? We’ve surely seen the last of Bermane Stiverne, who has no possible way back from the quick first-round blitzing he fell victim to against WBC ruler Deontay Wilder, and we may have seen the end of British heavyweight Dereck Chisora – at least at top level.

Chisora was unable to get into the fight, into a groove, until it was too late. Caught with fast shots as he romped forwards, Chisora was soon frustrated and he knew he was falling behind on points. A late-rounds rally saw “Del Boy” pour it on, but it was too little too late. The decision was close and it wasn’t as though Chisora got badly beaten up, but he has now lost three of his last six and maybe that December 2016 war with Dillian Whyte took a whole lot out of Chisora as many had expected (will we ever see that rematch now?)

In typical defiance, Chisora inisted he is not done, however.

“I’m not going to complain, I lost the fight,” Chisora said graciously. “I always bounce back so I’m not worried.”

But can Chisora, who has been involved in a number of hard, gruelling fights during his now 10-year pro career (11 years in Feb.) bounce back one more time? It could prove to be a long road back to another title fight of any kind. As for Kabayel, he is a solid all-rounder and at age 25 he has plenty of time on his side. It would be interesting to see him in there with a bigger name.