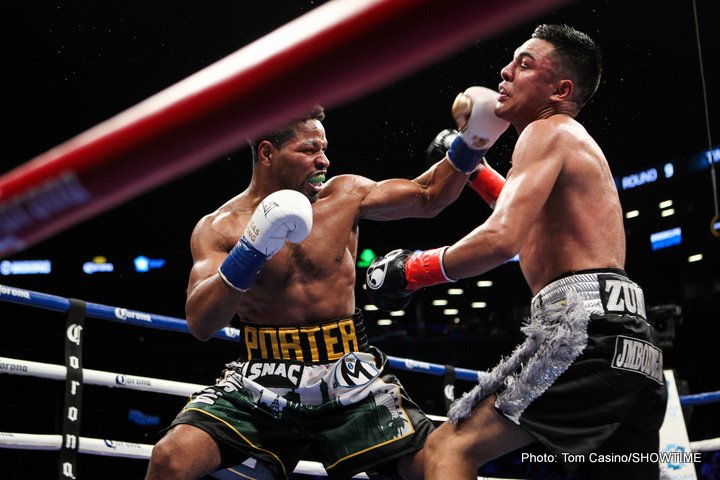 Porter, who injured his left hand in the sixth round, landed the sharper and more accurate punches throughout the fight, including 40 percent of his power punches. Both fighters came out aggressive in the early rounds and exchanged several powerful blows.

“He gave me a little trouble here and there,” said Porter. “I hurt my left hand in the sixth round, but I kept using it. I had to use my jab. It took a toll on me and by the 10th round I just couldn’t throw it anymore.

“The strategy was to keep working the jab. I knew he’d come at me periodically. I was prepared and dug deep to get the win.”

Granados, of Cicero, Ill., fought valiantly and withstood multiple barrages from the powerful Porter and countered with several quick combinations of his own. Granados, who landed just 24 percent of his total punches, disagreed with the judges’ scorecard.

“I thought that I was controlling the fight and keeping up with him the whole time,” Granados told Jim Gray. “He was just trying to use his normal tricks. I rocked him multiple times and he never had me in any trouble.

“He’s a brute. I thought the referee [Gary Rosato] did a good job breaking up the fight at the right times. It was rough but I definitely thought I did better than the scorecards said.” 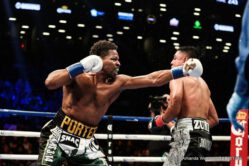 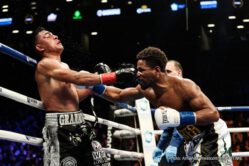 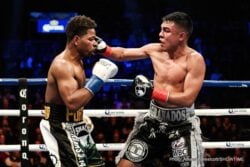 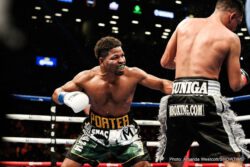 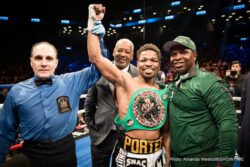 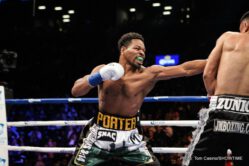 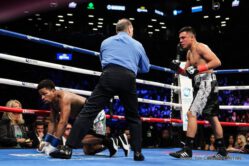 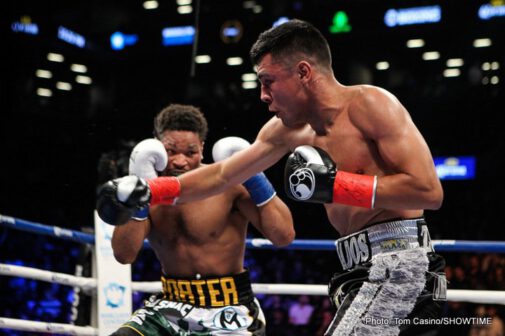 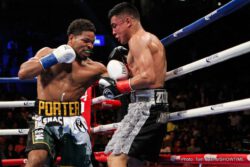 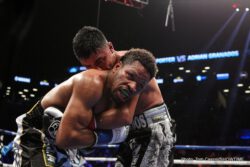 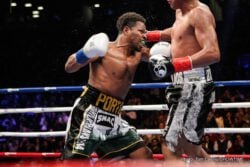