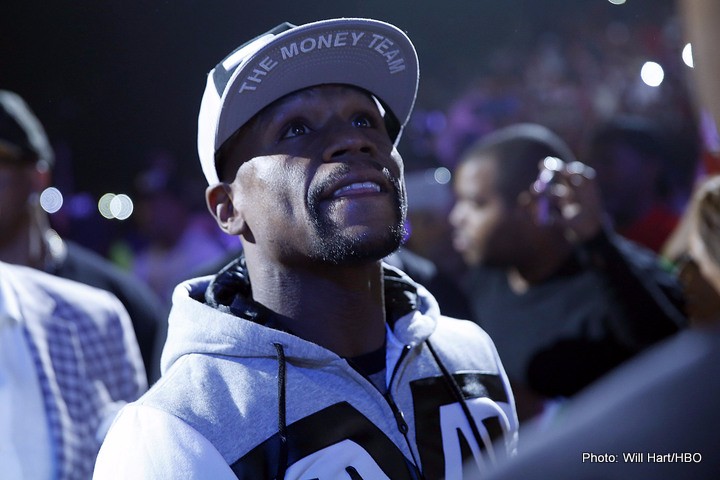 Boxing his pay-per-view debut, Floyd Mayweather, aged 28 and at the time sporting a 33-0 record as well as being at his blinding peak, dismantled the hugely popular Arturo Gatti. It was 14 years ago today, and Floyd, the challenger for Arturo’s WBC belt at 140 pounds, put on a one-sided beating of a sizzling show.

The eternally loved Gatti, who had gone beyond the call in his three wars with so many fighters, not all of them named Ward, convinced a good deal of his fans that he would be too rough, tough and hungry for Mayweather. Instead, Mayweather fought one of his most aggressive, ruthless and just plain nasty fights.

Never coming close to putting a foot wrong, “Pretty Boy,” as Mayweather was known at the time, pre – “Money,” hit Gatti with everything, with both hands, from all angles, all night. In return, Mayweather took absolutely nothing – not a single punch touched him on the night of June 25 in Atlantic City. Gatti was forced to make amateurish moves, even dropping his hands and looking at the referee in the very first round, when he felt Mayweather had hit him on the break – and, oh, how Mayweather made him pay.

To the huge disappointment of Gatti’s army of fans it was a gross mismatch and, by the third-round, Gatti needed a miracle to avoid defeat. Unable to fight his fight, Gatti was made to look, as Mayweather had predicted beforehand, like a “club fighter.” Finally, after 18-minutes of awfully one-sided brutality, Gatti was pulled out by his trainer and former champ Buddy McGirt (recently inducted into The Hall of Fame); with Gatti remaining on his stool after the sixth-round had ended.

Mayweather was the biggest lower-weight star in boxing, or if he wasn’t he soon would be.

In the years that followed his utter destruction of Gatti, Mayweather became, more and more, a safety-first, take no risks fighter, content to cruise to a decision win. But against Gatti, Mayweather showed his nasty side, his killer instinct.

It was clinical, it was hugely impressive and it was perfect. But in so many ways the brilliance Mayweather showed against Gatti makes the less than committed approach to violence he adopted in latter years all the more frustrating.

READ:
Wladimir Klitschko: Wilder vs. Fury = 50-50 fight
Read: Lee Selby Up For Adrien Broner Fight – In The UK Or In The US
Read: Sid Bowater Back After Two Year Break
Follow @boxingnews24