Before last night’s truly incredible fight, Tyson Fury had repeatedly said he would end the career of Deontay Wilder, that Wilder would take such a beating he never fight again. In assessing the amount of damage the almost unearthly Wilder took, and was able to take, in the third fight of one of the sport’s most amazing trilogies (amazing for many different reasons; each of the three fights being almost completely different from the another), Fury may well have accomplished his goal. But might Fury also look at heading towards the exit door himself?

Fury’s wife has been urging Tyson to retire for some time, and last night’s brutal fight will only have strengthened her resolve. We saw two men give their all last night, with both men taking some wicked shots to head and body – mostly head shots – and the toll to be paid will be substantial. Ask yourself, how much did those almost 11 rounds take out of both men? Wilder took a sustained beating, yet he also put some real hurt on Fury’s head and body. How much will either man be left with now? 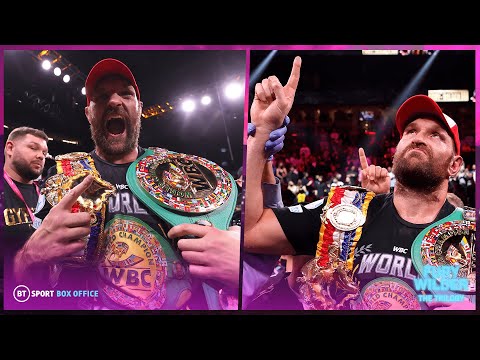 It’s perhaps (almost certainly in fact) too soon to be seriously asking either man what he will do next; what his plans are. Rest, rest and recuperation are the only things these two sensational ring warriors will be thinking about right about now, and this is ever so rightly so. BUT – assuming both men do fight on, what could be in their respective futures?

There will almost certainly be no fourth fight between the two; as hard as Wilder tried in fight-three, and as much success as he did have, Fury has again proven he simply has Wilder’s number. But as Fury said post-fight (before once again bursting into song, this when his head was still throbbing!), he is the best in the world and Wilder is the second best. That said (and who disagrees with Fury?) can anyone else beat Wilder? Can anyone else push Fury so dangerously hard and manage to knock him down? 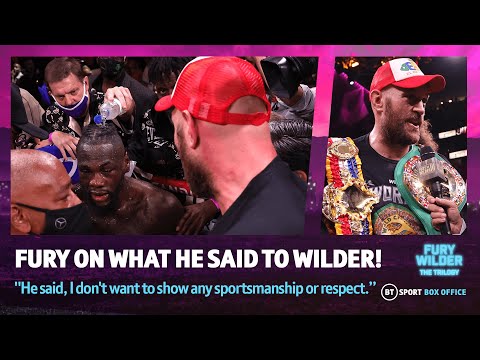 Again, it all depends on how much Wilder has left, how much more Fury wants to prove and to go on fighting for. Deciding when it’s time to retire is always a tougher than tough thing for a great fighter (have Fury and Wilder now earned the distinction?) but in Wilder’s case, at age 36, and after putting so much into trying to beat Fury and taking so much punishment for his efforts, maybe it is now time to walk away. For sure, Wilder would be more than able to hold his head up high if he did walk away. But of course, no proud fighting man wants to go out on a loss. Will Wilder fight again? It really is too early to tell.

As for Fury, the idea of walking away now, at age 33, when still on top, may seem foolish to some. But Fury is under pressure to call it quits from his wife, he has seen the once-massive unification fight with Anthony Joshua go out the window, and he knows he has more than made his mark on the sport. We might see Fury decide to get a fight with the Oleksandr Usyk-Joshua rematch winner, this in a unification showdown, while there is that Dillian Whyte fight out there. But Fury is his own man, he does what he wants, and he may decide to walk away.

Again, it’s far too early to tell. But for now, we fans must thank Fury and Wilder for giving us one hell of a great fight. Fury-Wilder III delivered, and as such their trilogy will be long remembered. Not bad for a third fight that at one point in time almost nobody wanted to see.

Ali-Frazier and Bowe-Holyfield will remain as the two greatest heavyweight trilogies ever, but Fury Vs. Wilder is right up there. 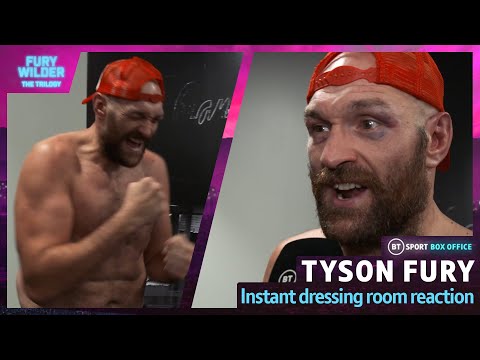 20 thoughts on “What Next For Tyson Fury And Deontay Wilder?”