Anthony Joshua is still convinced that a fight between him and WBC heavyweight champion Tyson Fury will happen in the future despite the ‘Gyspy King’ saying that he’ll never face him now.

Joshua says that there was too much “back and forth” that took place between him and Fury for him to stay with trying to negotiate the December 3rd fight. Moreover, he points out there he missed the deadlines that Fury set, which made it impossible to do the fight now. 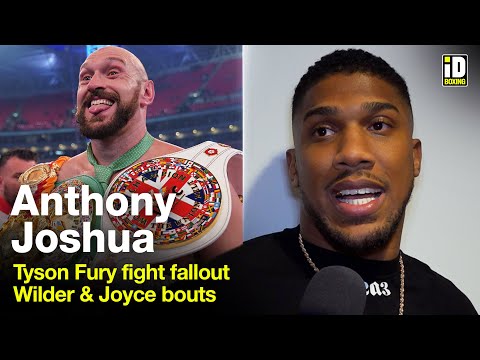 For the time being, Joshua isn’t sure if he’ll take a tune-up next and fight Dillian Whyte or someone else.

Joshua’s promoter Eddie Hearn is the one that has been pushing hard for AJ to fight Dillian Whyte in his second fight in 2023, but it’s a match-up there’s nothing to gain for him.

With Whyte looking like Chisora 2.0 earlier this year against Fury. Joshua has no upside fighting him other than for money and a sure-thing win. If money isn’t the issue, Joshua should focus on fighting a higher-grade heavyweight like Frank Sanchez, Joe Joyce, or Filip Hrgovic next.

As far as Fury goes, he’s so wishy-washy that he’ll likely change his mind about not wanting to fight Joshua in the near future.

If Fury is stooping to the level of fighting the washed 38-year-old former British gatekeeper Derek Chisora, then he’ll be begging for a fight against Joshua by next year.

“It will happen,” said Anthony Joshua to iFL TV about the Tyson Fury fight. “Fighting for the heavyweight championship of the world was a big opportunity for me after just coming off of a loss as well.

“That’s a fight that got my back up. ‘Yeah, let’s go.’ So it’s annoying that it didn’t happen. That’s why I decided after that there’s too much back and forth. When I’m ready to ride up again, I’ll ride up proper, and I’ll ride until the wheels fall off next time.

“In the sense that I’ve got a time frame and a duration, I’ve got a hit list and we’ll rock & roll.

“It’s best that you do speak to me because I can say from the horse’s mouth. It could be, but don’t hold me to the cross of things I say because the game frames are changing, and it’s also what Dillian wants to do as well,” said Joshua when asked if he’ll fight Dillian Whyte in a rematch after taking a tune-up first in early 2023.

“I look at Deontay Wilder in the same fashion. He says he has a couple of years left, and he probably wants to put me on his hit list. So it’s a fight that would definitely happen now that he’s more than eager.

“I think he’s a bit older now, so he’s eager to make the last of his career a successful one, and he wants to fight some of the top names in the division. So I’m sure he will be keen.

“They’re all options. Whether I have a warm-up fight, whether I jump right back in, I’m well managed. I’ll do whatever, whatever I like. I’m down for whatever.

“Whoever they put in front of me in the ring, I just think about how I can get the out of there, and I just got to do that. That’s what I’m good at.

“It’s a fight that everyone wants to see, but now I’m hearing is they’re done with Eddie and Joshua. It’s a waste of their time. It’s too much back and forth,” said Joshua. 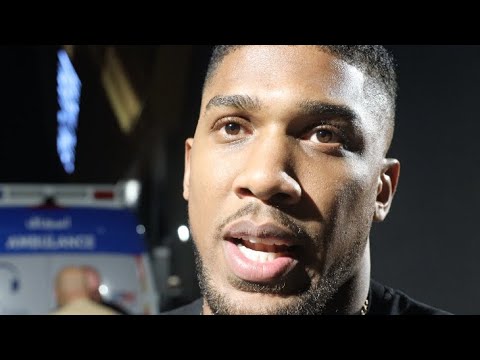