Tyson ‘The Gypsy King’ Fury retained his WBC heavyweight title with a brilliant performance in one of the memorable fights in many years with his 11th round stoppage victory over Deontay ‘Bronze Bomber’ Wilder at the T-Mobile Arena in Las Vegas, Nevada. 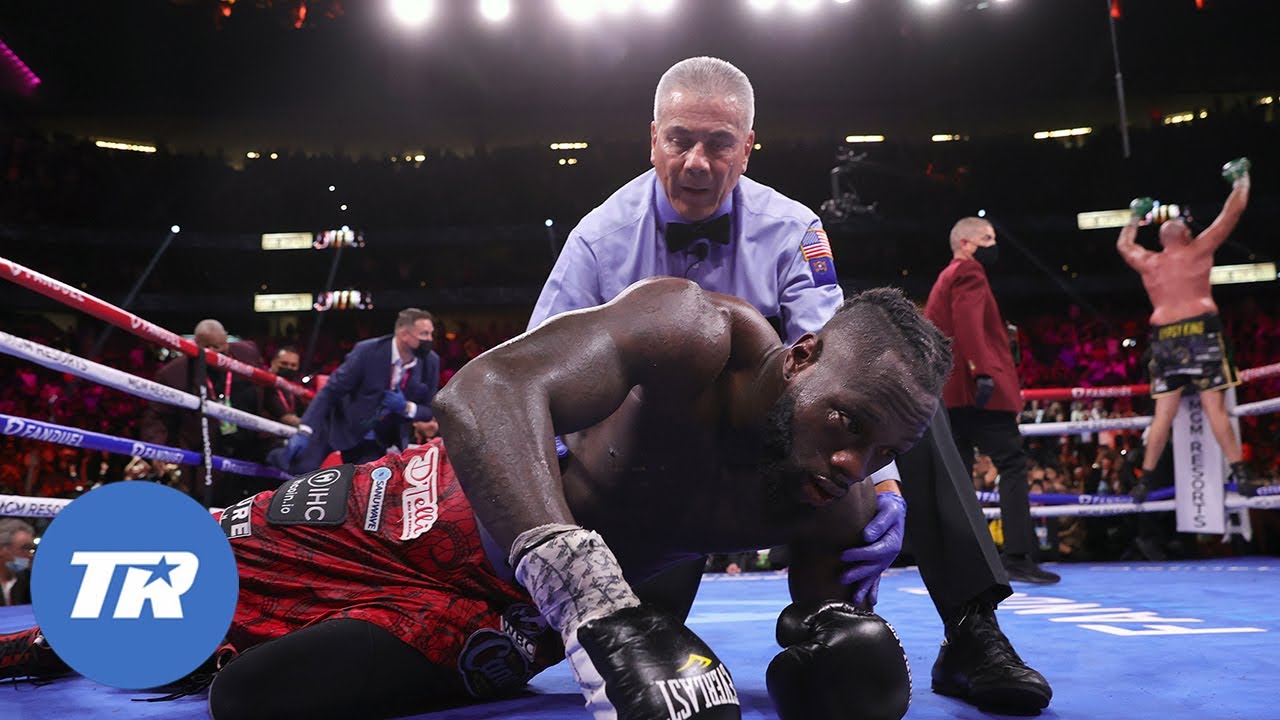 In the 11th round, Fury caught an exhausted Wilder with four big shots to the head that put him down. Although Wilder attempted to get back up, he was too badly hurt to get to his feet. The shots were too powerful for Wilder to make it back to his feet.

Wilder had taken a lot of punishment through the last half of the fight, and it was too much for him.

Fury didn’t look in great shape compared to his last fight in 2020, but he went to work right away in knocking Wilder down with a clean right hand in the third round.

Wilder barely beat the count because he was genuinely hurt from that shot. For the remainder of the third, Wilder looked like was ready to be finished off by Fury.

Incredibly, Wilder came back in the fourth round when Fury was a little overconfident with his defense and walked straight into a powerful right hand from Wilder.

That shot was thrown perfectly by Wilder and caught Fury, sending him down. Fury made it back up but he looked in terrible shape Fury barely beat the count in getting up when referee Russell Mora was getting close to the 1o count.

Moments later, Wilder connected on another monstrous right hand to the head of Fury for a second knockdown in the round. You got to give Fury credit for being able to get up from the second knockdown.

Fury, 33, took control over the fight in the fifth, as Wilder was exhausted and having stamina issues perhaps due to all the muscle weight that he packed on for the fight.

Fury did a good job of letting his hands go and smothering Wilder’s right hand by not giving him the distance he needed to throw it with power.

In the seventh, Fury had Deontay hurt again after catching him with a big right hand to the head. Not to be undone, Wilder returned fire near the end of the round and caught Fury with some big punches.

Wilder was hurt in the eighth round by Fury after he once again caught him with a hard right hand.

By the ninth round, Wilder was beginning to take too much punishment, and the ringside doctor took a look at him. Wilder was worked over something awful in the ninth and it was clear the end was near.

The beating continued into the 10th round when Fury dropped Wilder with a right hand. Showing that he was still dangerous, Wilder came back strong at the end of the round to hurt Fury.

Wilder revealed that he had injured his right hand, and he was fighting on heart despite the injury.