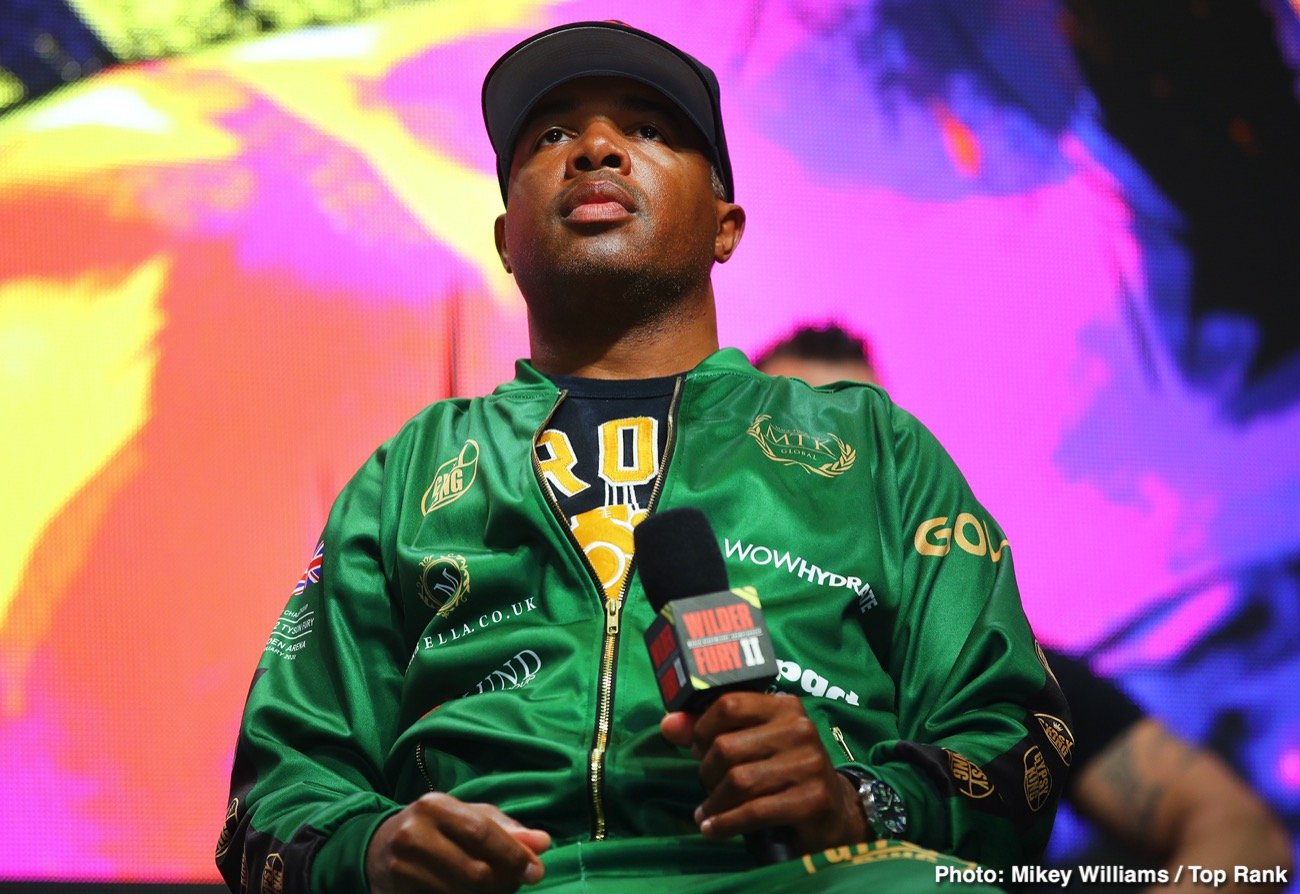 Most people seem to be in agreement: the Tyson Fury-Dillian Whyte fight will not go the distance. Someone is getting stopped, if not laid out cold. Fans are braced for a great fight, a slugfest battle that will test the mettle of both men. And Fury’s trainer SugarHill Steward has acknowledged the very real danger challenger Whyte brings to the table, or to the squared circle.

Speaking with BoyleSports Boxing, Steward said Whyte has the proverbial “puncher’s chance” against Fury – before adding how his fighter is “The KO King.” Whyte will fall, Hill says. No stone has been left unturned in training camp, with Fury working as hard as can be for the April 23 collision.

“Yeah, Dillian Whyte has a chance,” Hill said. “He can punch, he’s a tremendous puncher. He’s got almost as many knockouts as Tyson Fury (19 to Fury’s 22). The only real difference if I’m being honest is Tyson Fury is the knockout king. He dethroned the previous knockout king (Deontay Wilder), so that makes Tyson legitimately the knockout king. He’s the big puncher in boxing now, the same way he dethroned Wladimir Klitschko, he dethroned Deontay Wilder by knocking him out – giving him a taste of his own medicine – twice. We’re going for the knockout, get that knockout every time. Every round, every moment, we will be looking for that knockout.”

Hill, who trains his fighters under The Kronk code of, get a knockout each time out, that way the fight is over and done with, with no possibility of losing at the hands of the judges, says Fury will jump on Whyte the moment he makes a mistake. In order to win, Whyte will seemingly have to fight the perfect fight, with him exceeding anything he has thus far done in his career. Can he do it? Maybe. Whyte has that puncher’s chance. Maybe not to the head, but what about to the body? Has Fury ever been in with a more dangerous body puncher than Whyte? Maybe not.

If Whyte can get close, go to work and do damage on Fury’s huge torso, things will prove very interesting. But Whyte will have to work hard at all times to get inside, to stay inside, to win the physical battle on the inside. Fury will no doubt be looking to make Whyte pay as he marches forward. It all adds up to a darn good fight, maybe a gruelling battle for both men.

Fury and Wilder gave us something truly special on October 9 of last year, and now fight fans are thirsty for more violence from the big men. Whoever wins this one, it seems unlikely we fans will be sent home disappointed.