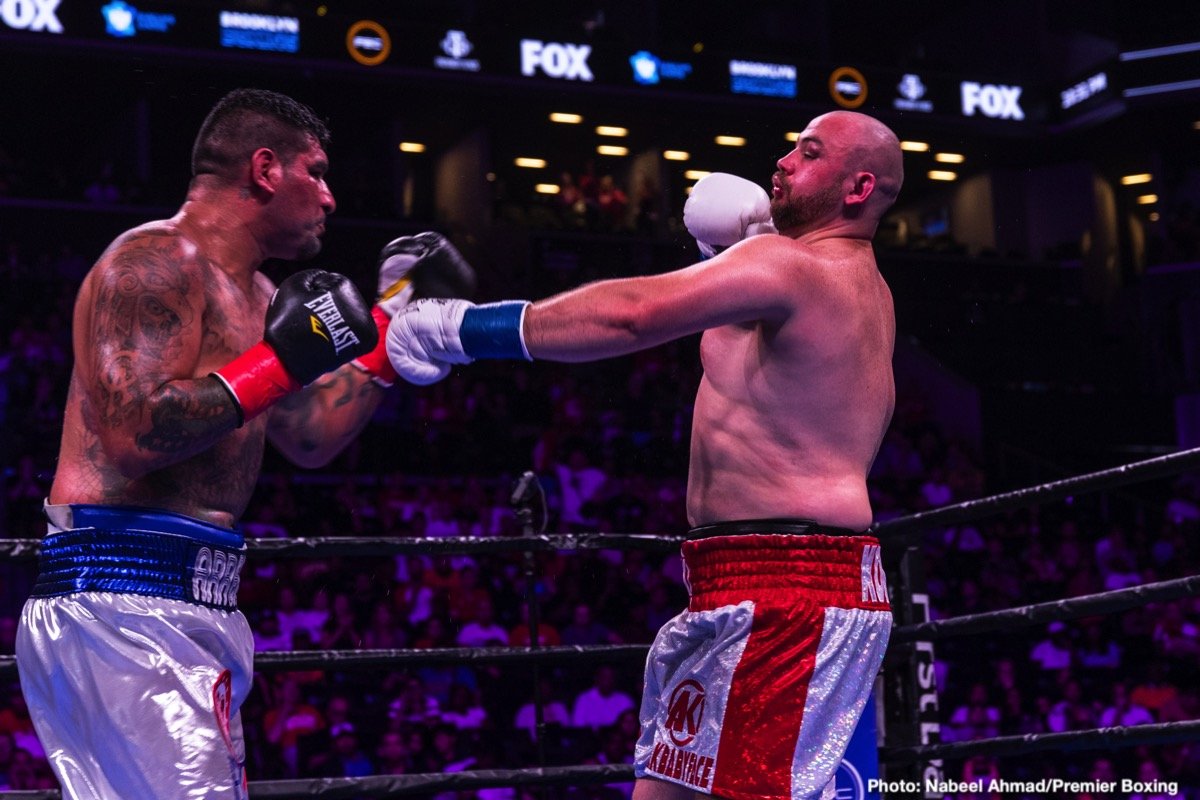 Ahead of Saturday night’s fight with Adam Kownacki, 38 year old veteran and former three-time world heavyweight title challenger Chris Arreola was very firm: if he lost, he would call it quits on a long and hard career and retire. But now, in fact just after the 12-round points loss to the unbeaten Pole, Arreola is having second thoughts – telling us all how he would “talk with his family, etc, etc.”

In light of his quite superb effort, who can really blame Arreola for having a change of heart? Arreola might be pushing 40 years old and he might be a give-one-to-take-one type of tough fighter who has been punching for pay for well over 15 years, but he showed in the highly competitive loss to Kownacki that he has a lot left to offer. With new trainer Joe Goossen adding some defensive wrinkles to his game as well as whipping him into perhaps the best physical condition of his entire career (don’t you wish Arreola had worked so hard ahead of a number of his previous fights!), Arreola has every right to carry on if he really wants to do so.

If he can maintain the discipline he clearly observed ahead of his 45th pro bout, Arreola could yet feature in, and win, some notable fights. But it would take some effort to maintain the sheer effort he undertook under the guidance of Goossen; Arreola even stating after going down on points to Kownacki how he is not sure he would be able to “put myself through this again.”

It’s Arreola’s call and nobody else’s, and the seriously rough and tough Mexican/American has sure earned the right to make whatever decision he sees fit. If he has fought his last fight, we fans will miss Arreola. Rarely in a bad fight, often witty/hilarious in interviews both before and after a fight and willing to fight the best each and every time, “The Nightmare” added a whole lot of colour and excitement to the heavyweight division.