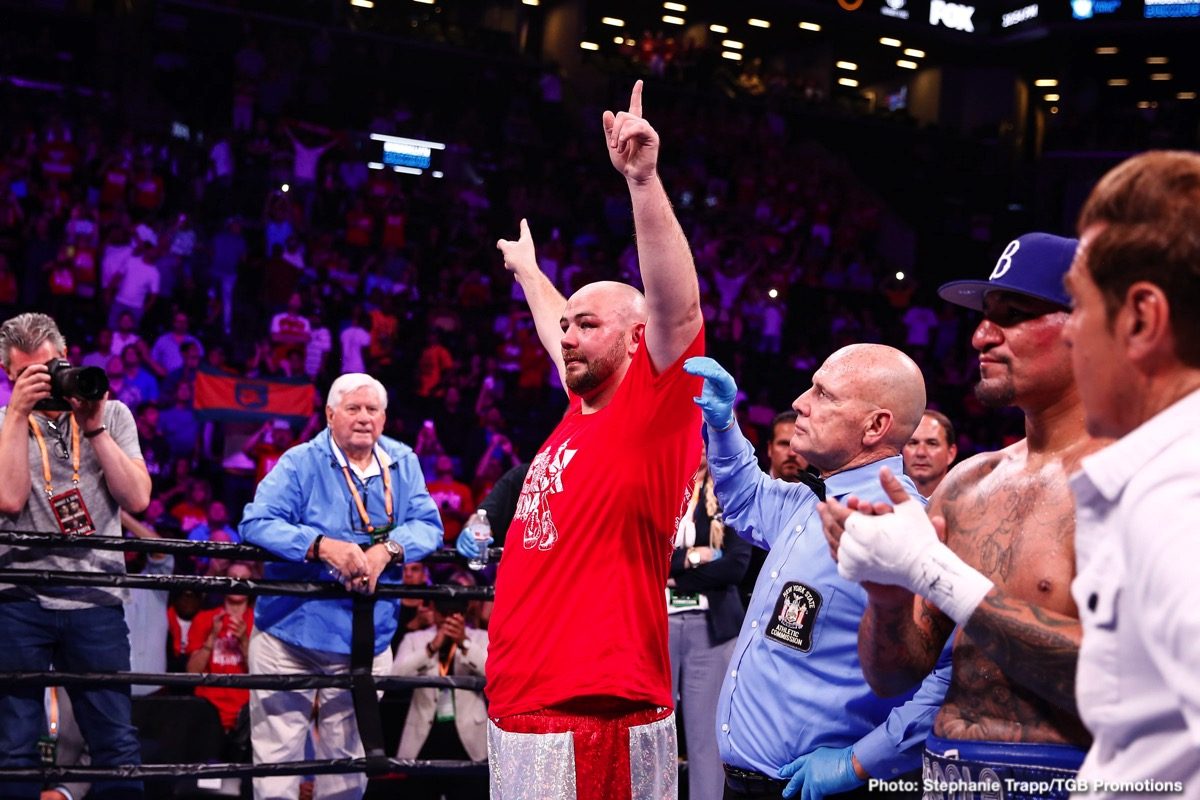 Is unbeaten Polish warrior Adam Kownacki ready for a world title shot, one against WBC ruler Deontay Wilder in particular? This is the big fight 30 year old Kownacki has been dreaming of, working towards, for some time, and now his team feel the Wilder fight is getting closer. Kownacki’s trainer Keith Connolly, speaking with Ringtv.com, says two more fights would be a good idea, before Kownacki challenges Wilder some time next year – ideally in New York at The Barclays Centre.

Kownacki has a great and passionate fan base and Connolly feels a Wilder fight would guarantee a sell-out at Barclays. No argument there, but would Kownacki be able to defeat Wilder, be competitive with him even? We all saw the number of punches to the face Kownacki was hit with by a focused and determinedly in-shape Chris Arreola during Saturday night’s thrilling slugfest, and as has already been pointed out by numerous people, Wilder hits a lot harder, and sharper, than Arreola.

If he got tagged clean the way he did by “The Nightmare,” Kownacki would very possibly find himself waking up at Wilder’s feet, yes? Not so says Connolly, who argues his fighter would “walk through” Wilder’s lethal weapon, keep coming and “knock him out.”

If Kownacki, who we all know is tough, tough, tough, gets in there and shows he can indeed take Wilder’s bombs without issue we will have one helluva battle to marvel over. Still, it’s a whole lot easier to picture Wilder’s right hand bomb doing to Kownacki what it has done to so many previous Wilder adversaries. One thing we do know is this: a Wilder-Kownacki fight would be just that – a fight, one that would in no way be dull for even a second.

Maybe Kownacki, 20-0(15) will never be ready for Wilder, perhaps there are just too many holes in his game. Or just maybe we are, with Kownacki, looking at the single toughest, most frighteningly durable heavyweight out there today. As long as he remains unbeaten, Kownacki and his army of fans should find out which is the case before the end of 2020.