Russell and Escandón’s first scheduled fight (November 14, 2015) was scrapped due to a cut Russell suffered during training; Escandón pulled out of their second scheduled fight (March 11, 2017) due to a back injury. However, both fighters were on target at Friday’s weigh-ins at MGM National Harbor in Oxon Hill, Maryland. 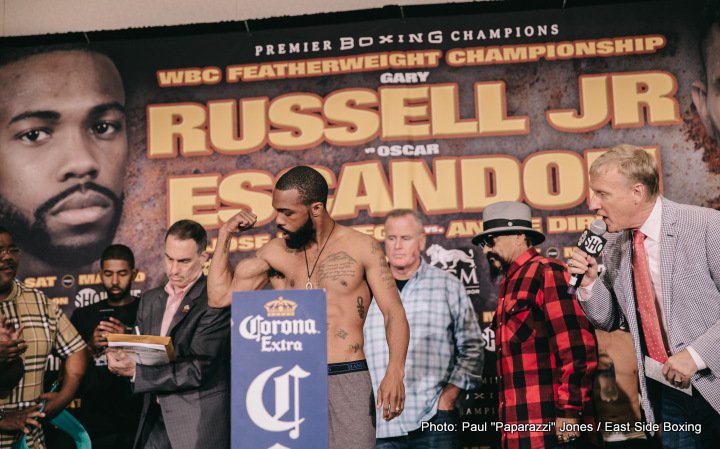 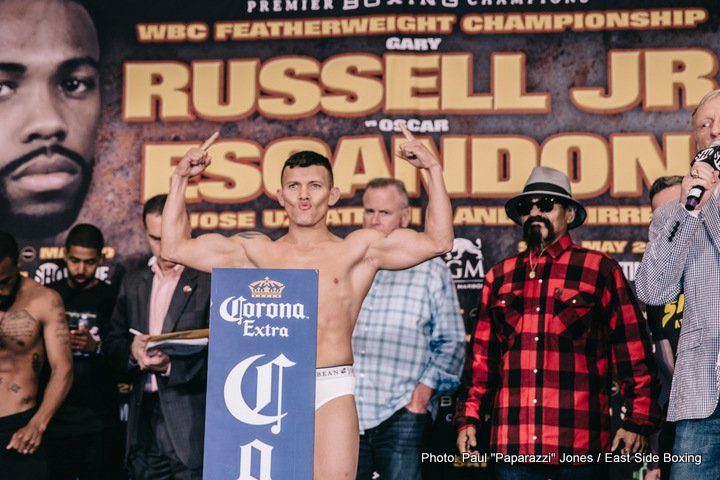 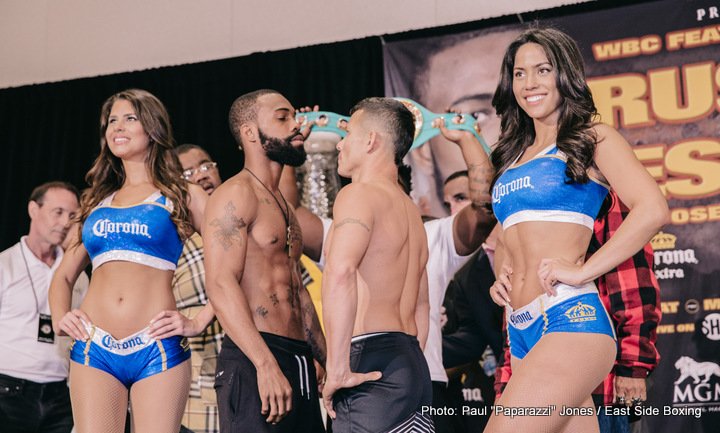 Gary Russell Jr. vs. Óscar Escandón(Main Event; 12 ROUNDS):  Russell and Escandón face-off ahead of their title fight on Saturday, May 20. The bout marks Russell’s second defense of his WBC title. Escandón,a top challenger and former Colombian Olympian, looks to win his second fight in a row. 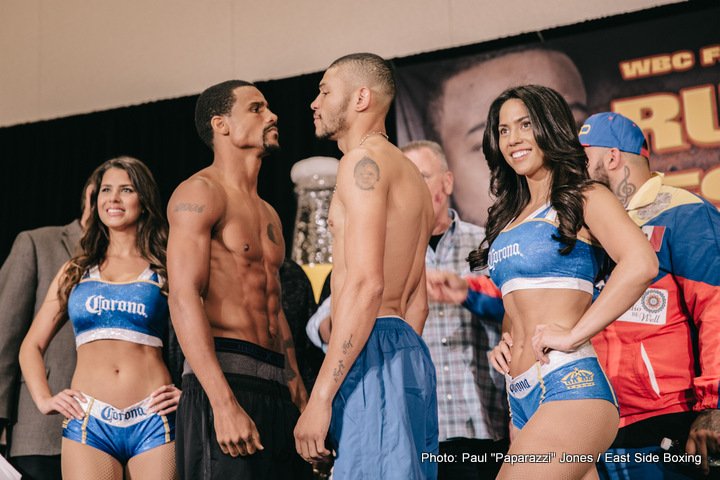 Andre Dirrell (25-2, 16 KOs) — 167.5 vs. Jose Uzcategui (26-1, 22 KOs) — 166.5 (12 ROUNDS): Dirrell and Uzcategui square off in a title eliminator; the winner will be in pole position for a shot at the interim IBF super middleweight title and a mandatory fight against reigning IBF Champ, James “Chunky” DeGale (23-1-1, 14 KOs).  A win for the 33-year old Dirrell could pave the way to rematch against DeGale, whom Dirrell dropped a unanimous decision to in an IBF title fight back in 2015. A victory for the lesser known Uzcategui would be a considerable upset. 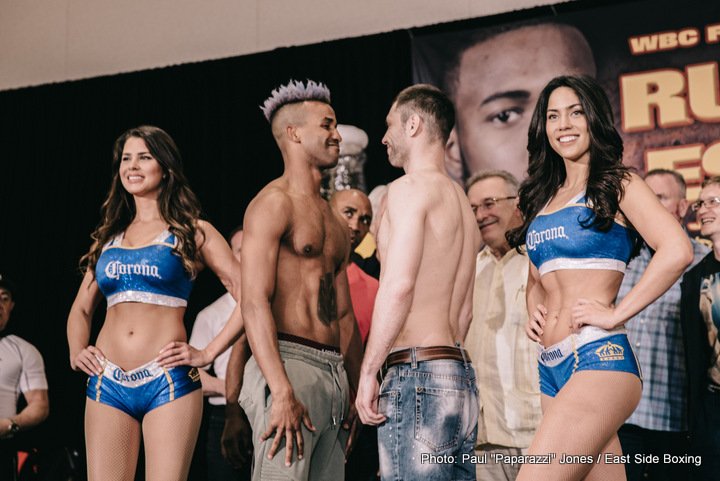 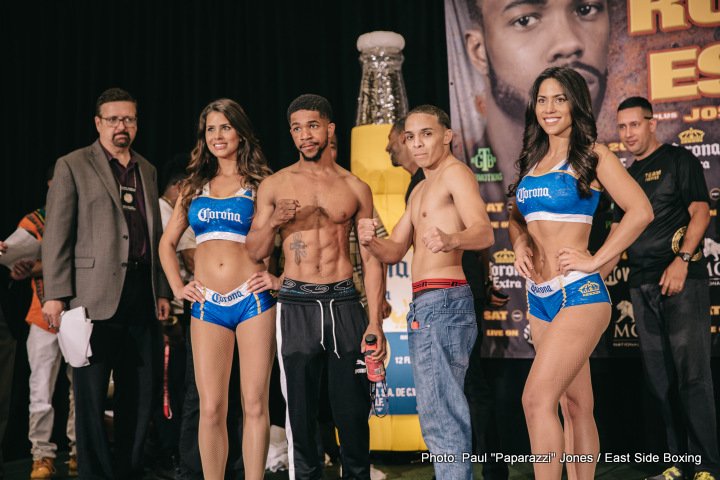 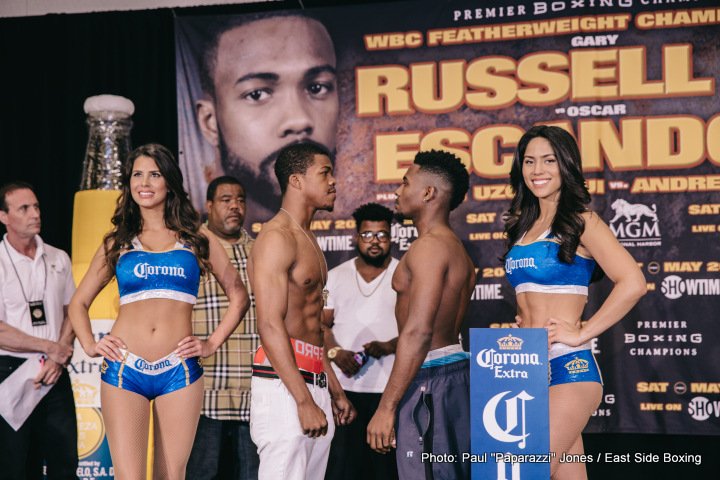 Don’t forget to check out our Twitter polls and let us know who you believe will win Russell Jr. vs. Escandónand who you’d like to see the winner fight next  @boxingepicenter