We all know how, in the sport of boxing, one fight, one result, can change a career – a life. Australian warrior Nedal Hussein knows this better than anyone. Fans may have read the recent, shocking revelations by veteran referee Carlos Padilla, who explained how, in the Manny Pacquiao-Nedal Hussein fight of October 2000, he “prolonged the count” in the fourth round when “Skinny,” as Hussein was known, dropped the emerging superstar.

Padilla had more to confess, explaining how he used the headbutt Pacquiao hit Hussein with later on in the fight to stop the fight, the cut Hussein suffered not all that bad but giving Padilla his opportunity to halt the bout. Hussein saw what Padilla had to say, and he is obviously both furious and disgusted – saying that he will never speak with Padilla, stating how “it wouldn’t end well.” 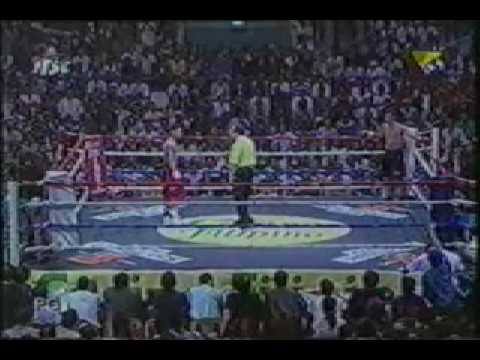 As quoted by The Daily Mail, Hussein has nothing against Pacquiao (“it’s got nothing to do with him”) but he says the loss robbed him of untold amounts of money and of the chance to fight for a world title. Hussein says he “hated boxing” after being cheated by Padilla.

“My first reaction (to what Padilla had to say]? I was just gutted,” Hussein said. “The arrogance of it. I was also really angry – I was burning. Winning that fight would have changed my life. I missed out on a couple of hundred grand and a world title fight. I would have been able to buy a house and been so much better off. With my career, I missed out on the big fights [afterwards] because of it. It set me back four years. I hated the sport after that. I just couldn’t handle the politics. I’ve spoken to Manny a couple of times over the years – but never about the knockdown or the fight. It’s not his fault – it’s nothing to do with him.”

Hussein is understandably disgusted with Padilla; not only for what he did during the fight, but also due to the third man’s complete lack of shame or remorse for doing what he did, with the Filipino referee laughing during his “confession.”

“He is meant to give people a fair shake – that’s his job,” Hussein said of Padilla.

After the TKO loss to Pacquiao, Hussein went on to win his next 17 fights, some of them against good fighters, others against no-names, before he finally got a shot at a world title in late 2004. This came against Oscar Larios, who decisioned Hussein to retain his WBC super-bantamweight title. A shot at Scott Harrison’s WBO featherweight title the following year also saw Hussein drop a points decision.

Hussein retired in 2007, after a stoppage loss to Takashi Uchiyama. This was just the second time “Skinny” was ever stopped. And you know how controversial the stoppage loss to Pacquiao was. Nobody can say how Hussein’s career would have gone had he got the win over Pacquiao. This, perhaps, is the biggest sense of frustration any fighter can carry with them.

All we fans can do is join Hussein in saying shame on Carlos Padilla. 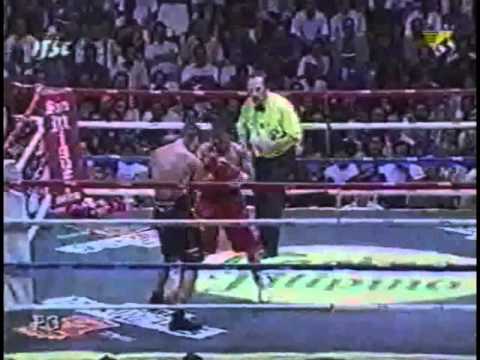