Dmitry Bivol says he’s not sure if Canelo Alvarez wants a rematch with him or not. The WBA light heavyweight champion Bivol (21-0, 11 KOs) says he’s not going to wait around for Canelo because he’s got his own path to take, looking to become the undisputed champion at 175.

Just reading Canelo’s actions since his loss last May, Bivol questions whether he wants to fight him again. Canelo passed up taking the rematch in September, and now he’s doing it again by saying he needs a tune-up next May.

It’s no big deal to Bivol if Canelo chooses to chicken out for the rematch because he’s got plenty of fighters to face at 175 and 168.

Last Saturday night, Jermall Charlo called Bivol out for a fight at 168. Further, David Benavidez is interested in facing Bivol.

If Bivol were to beat Benavidez, it would make Canelo look especially bad because that’s a guy that the boxing world has been pushing him to fight for the last two years.

Bivol marching into the 168-lb division and taking the Benavidez and Charlo fights right from under Canelo’s nose would be impressive. The perception many fans have is Canelo has been ducking David Benavidez for ages. If Bivol takes that fight and beats Benavidez, that would be a massive blow to Canelo.

Bivol is amused at the constantly changing excuses that Canelo has given for his loss to him last May. Initially, it was Canelo (58-2-2, 39 KOs) saying it wasn’t his weight class [175] for why he lost.

Then it was that Canelo had a poor training camp and failed to train the right way for the fight. Finally, it was a left wrist injury that got in the way of the Mexican star fighting the way he needed to.

WBA light heavyweight champion Bivol notes that Canelo failed to use the option for a rematch last September when he chose to face Gennadiy Golovkin instead. 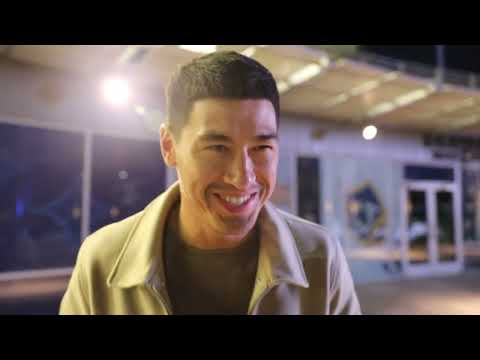 “I don’t know how. Maybe a KO, maybe not. I don’t know. I’m glad that they support me. It means they love boxing,” said Bivol when asked about his thoughts on the Mexican fans loving him. Thank you for supporting me.

“I prefer to fight him [Beterbiev]. What about Canelo? Canelo had the option for a rematch, and he didn’t use it. Now, he’s going to fight again against somebody. I don’t know if he wants to fight me or not.

“I’m not waiting for him. I have my own way. If he wants, he could fight me. He could have done it before [in September], and he could have made it in May.

“I heard some excuses, yeah. I heard it’s not his weight class [175], and then he said he didn’t have a good training camp. Then he said it was a problem with his arm.

“It wasn’t easy. It was hard. It just looks easy,” said Bivol when told that he made it look easy beating Canelo Alvarez and Gilberto ‘Zurdo’ Ramirez. “When someone do good things, it looks easy. It means he’s a pro.

“It’s like when you invite someone to fix your furniture at home. It looks easy, but try to do it like he did it. Yeah,it sounds good,” said Bivol when told that he has a good argument for being Fighter of the Year. “Why not? Thank you, guys.

“Of course, it could be,” said Bivol about him potentially fighting the winner of Beterbiev vs. Yarde. “I don’t know about [Canelo Alvarez] rematch. I have a goal of being undisputed.