The 25-year-old former WBO 154-lb champion Munguia had too much firepower than the 35-year-old Rosado and that was the difference in the fight. 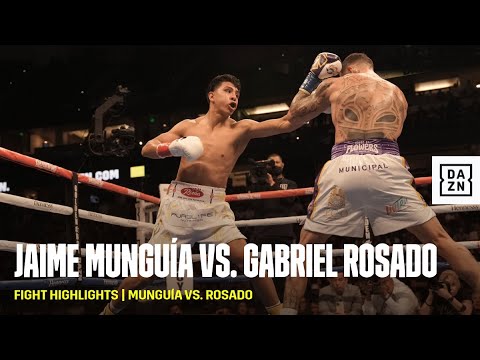 While Rosado always looking for the perfect counter shot to try and score a knockout, Munguia was like a machine gun in firing off 4, 5 & 6-punch combinations.

Munguia was able to fire combinations repeatedly, which kept Rosado bottled up and unable to get his shots off the way he needed to for him to have a chance of winning.

After the fight, Rosado complained about the scoring, believing that it was a lot closer than the wide scores handed down by the judges.

Munguia said he would like to challenge Gennadiy Golovkin for his IBF middleweight title next.

Welterweight Alexis Rocha (18-1, 12 KOs) looked like a machine tonight in throwing nonstop power punches to wear down a game but limited Jeovanis Barraza (22-2, 15 KOs) in stopping him in the ninth round in the co-feature bout.

The time of the stoppage was at :33. The fight should have been stopped a few rounds earlier but Barraza landed shots at the right moments to keep the referee from halting it. 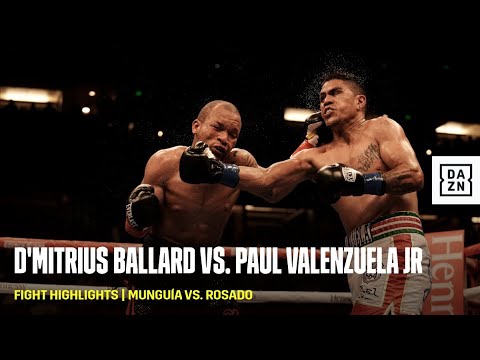 WBA Continental America’s lightweight champion William Zepeda (24-0, 22 KOs) battered an over-matched John Moralde (24-5, 13 KOs) in stopping him in the fourth round. The time of the stoppage was at the 1:59 mark. 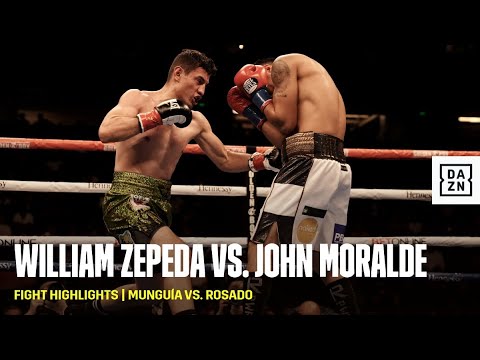 #1 WBC, #1 WBO Munguia (37-0, 30 KOs) needs a win tonight to keep him in the pole position to challenge champions Jermall Charlo or Demetrius Andrade.

Although Munguia, 25, is a former champion at 154 in holding the WBO strap from 2018 to 2020, he fought mostly lesser opposition. The only decent opponent Munguia fought was Liam Smith, who isn’t a major player any longer in the division nowadays.

A loss Munguia will destroy his hopes to fight for the world title against IBF champ Gennadiy Golovkin, Charlo, or Andrade. It’s believed that the guy that Munguia wants most of all to fight for a world title is 39-year-old Golovkin.

That’s a possibility if Golovkin doesn’t get a chance to fight Canelo Alvarez next year. Munguia would be ideal for Golovkin to get a nice payday after he faces WBA middleweight champion Ryota Murata on December 29th in their unification fight in Japan.

What time is Munguia vs. Rosado?

The location of the event is at the Honda Center in Anaheim, California.

It’s difficult to predict how Munguia will do in this fight because he’s looked so poor in many of his fights. He has a lot of power, but he gets tagged a lot.

Munguia clearly deserved a loss in his fight with Denis Hogan in Mexico in April 2019. Hogan is one of the better guys Munguia has fought during his career, and he had a lot of problems in that fight.

Rosado (26-13-1, 15 KOs) comes into the fight as a live underdog, coming off a big third round knockout win over Bektemir Melikuziev. That was a fight in which things looked bad for Rosado in the first two rounds, as he’d been knocked down by Bektemir and looked overmatched against the young 26-year-old Uzbek.

In the third, Rosado ended things abruptly by knocking the ‘Bully’ Bektemir out with a big right hand to the head that poleaxed him.

Before facing Bektemir, Rosado had arguably been robbed in 12 round split decision defeat at the hands of Daniel Jacobs in November 2020.