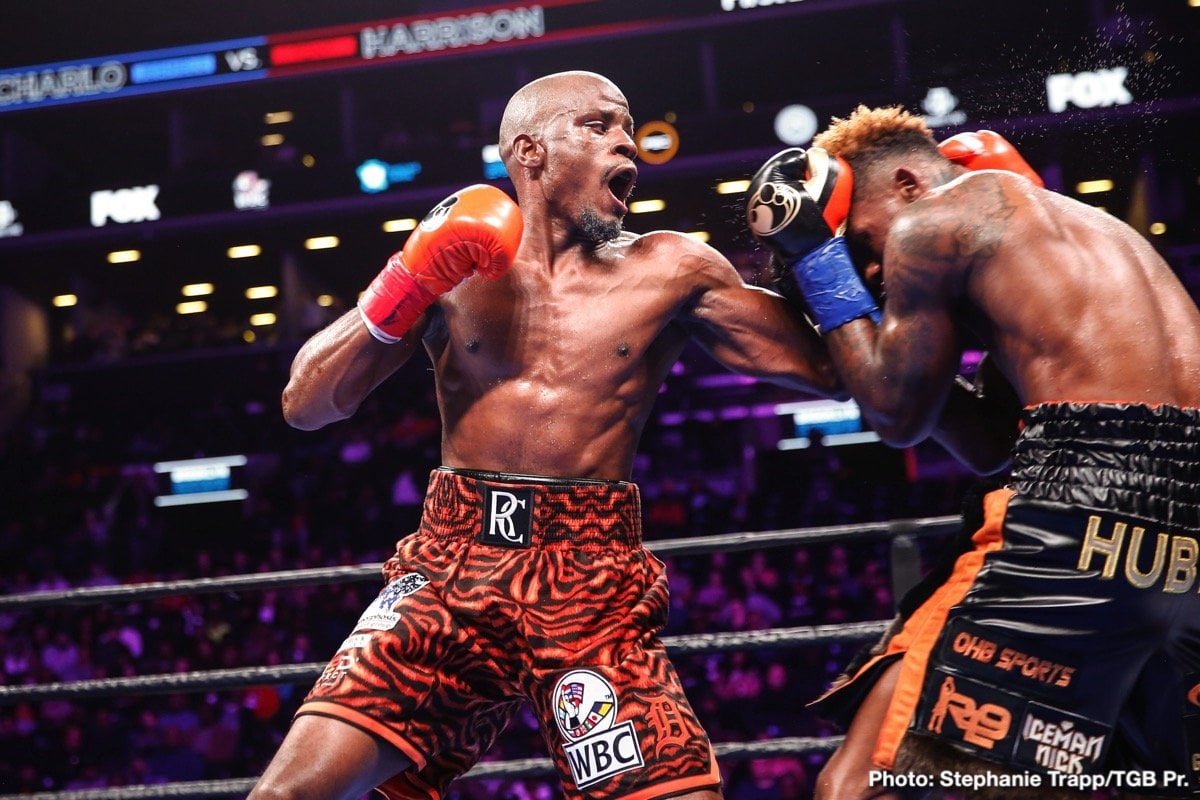 Former WBC junior middleweight champion Tony ‘Super Bad’ Harrison says he’s ready and excited to face Tim Tszyu in Australia. Harrison (28-3, 21 KOs) says no one knows how good #1 WBO Tszyu (19-0, 15 KOs) is because he’s not fought anyone, but he’s eager to travel to Australia and test him.

It will be interesting to see if Tszyu’s management is ready to let him take the big step up to face Harrison in his next fight.

This match-up makes a lot of sense for Tszyu, considering he’s got to be able to beat fighters like Harrison if he expects to have any shot at dethroning IBF/WBA/WBC champion Jermell Charlo or WBO champ Brian Castano.

If Tszyu can’t beat Harrison, he has no business mixing it up with Charlo or Castano.

Harrison, 31, is coming off a 12 round draw against Bryant Perrella last April, and before that, he lost his WBC 154-lb title to Jermell Charlo by an 11th round knockout in December 2019 in their rematch.

Despite losing, Harrison was competitive and gave Charlo a lot of trouble.

The Detroit, Michigan native Harrison had shockingly beaten the previously unbeaten Charlo in their first fight in December 2018 to capture his WBC title.

Tim, the son of the famous former IBF/WBA/WBC light welterweight world champion Kostya Tszyu, will be fighting Takeshi Inoue (17-1-1, 10 KOs) in a 12 round fight next week on November 17th at the Qudos Bank Arena, Sydney Olympic Park, Australia.

That fight isn’t expected to be a real challenge for Tszyu, as Inoue has fought mostly low-level opposition in his home country of Japan during his seven-year pro career.

When Inoue did step it up to challenge former WBO junior middleweight champion Jaime Munguia for his title in January 2019, he was beaten by a one-sided 12 round unanimous decision.

Harrison is ready to fight Tszyu

“For sure,” said Tony Harrison to Fighthype when asked if he’d be interested in fighting Tim Tszyu. “For me, it’s the dynamic of going over to somebody else’s country that nobody else would do.

“I think he [Tszyu] called [Brian] Castano and Castano said no, and called J-Rock [Julian Williams], and J-Rock said no. I think nobody wants to fight a guy from Australia in Australia, but for me, wow, I like that kind of s***.

“If I can cross over from the Westside to the Eastside if you’ve never been to the East Side before, I can go to Australia, and I can live. I don’t even know where I’m going, but I can go over there and live tomorrow,” said Harrison about him being highly interested in facing Tim Tszyu.

“For me, that’s the kind of ammunition I need to wake up sometimes. It’s like Rocky and Drago. I’m waking up and getting ready. Okay, I’m going over there [Australia], and nobody likes me, nobody is f**** with me, they want me to lose? Okay,” said Harrison.

For Harrison to be willing to fight Tszyu in his backyard in Australia shows you how confident he is of winning. Tszyu has never faced a puncher like Harrison or a guy that has his kind of boxing skills. As we saw in his two fights with Charlo, Harrison is a boxer/puncher who can switch things up to get the better of his opposition.

The difference in experience between Harrison and Tszyu is HUGE. Tszyu’s handlers have matched him carefully, with lesser guys like Jeff Horn, Steve Spark, and Dennis Hogan.

They haven’t done Tszyu in any favors with the overly careful way they’ve matched him, as he’s not gotten the right experience to take on someone like Jermell Charlo or Castano.

When Kostya Tszyu was the same age as Tim, he’d already done more with his career. He wasn’t babied the way Tim has been.

“It’s like I’m the known, and he’s the unknown,” Harrison said of the 27-year-old Tszyu.  “I became champion, and he’s looking to become champion, but he hasn’t fought anybody of the caliber of a fighter like me.

“It excites me, s*** like that excites me,” said an amped-up Harrison in talking about his interest in traveling to Australia to fight Tim Tszyu in his own country.

“I’m a hard fight for anybody at 154, so I can’t get the fight that I want. But s*** like that [Tszyu] where you got somebody in a whole another country that generates a big following and I get to go to Australia. That’s on my bucket list anyway.

“If I get to go to Australia and see some Kangaroos and kick a** at the same time, so it’s already on my bucket list and do some s*** that I love to do anyway. I cross over to fight somebody; that’s hood vs. hood. I’m from Detroit.

“For this s***, for me to go to Australia, one of the nicest places in the world, come on. I’ll fight there every day of the week if I could. I’m telling you, s*** like that turns me on,” Harrison said.

We’ll see if Tszyu’s promoters are willing to put him in with Harrison next, but they got to do something with him because they’re wasting his career with the way they’re matching him.

Fighting guys like Brubaker, Sparks, Horn, Hogan, and Inoue are doing nothing to prepare Tszyu adequately to fight Charlo. Those are fighters that would prepare Tszyu to fight domestic level Australian fighters, but not elite-level guys.

Harrison is ready to start negotiations

“Being from Detroit, like I said, you can go from the Westside to the Eastside, and you can survive over there, and there are gangsters everywhere,” Harrison continued.

“But if you can go over there and crossover, there’s no way I would say no to going to Australia. Not only that, but Kostya Tszyu was an amazing fighter, so I know his son [Tim] generates a big buzz over there,” said Harrison.

“So, I’m looking to come up. Only time will tell,” said Harrison on whether Tim Tszyu is for real or not. “He fought Jeff Horn and Dennis Hogan, which was cool; they’re tough fighters.

“But for the type of calibers that you’re trying to get [e.g., Jermall Charlo and Brian Castano], you’ve got to go through me. That’s the unknown. I want to see.

“But if all the talks are right and the money is right, put me on a first-class flight to Australia. That’s an easy sell,” said Harrison about his interest in fighting Tszyu in Australia next.

It was common knowledge that Harrison was already willing to fight Tszyu, and yet the Australian’s management dug up Inoue for him to face on November 17th. That tells you that they don’t feel comfortable with letting Tszyu fight Harrison because Inoue is nowhere near his level. 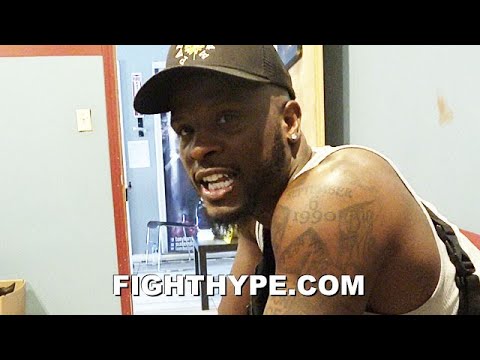