Last night, in Austin, Texas, novice boxer Greg Hardy scored an upset win over Hasim Rahman Junior. The 320 pound former NFL player who has won seven MMA fights, dropped Rahman in round two and won a four round unanimous decision. Scores were 39-36 across the board. Hardy, who had his boxing debut in October, is now 2-0(1). Rahman, son of course of the former heavyweight champ, loses his second in a row in falling to 12-2(6).

Last night’s fight may not have been terribly pretty, but it was action-packed and exciting to watch. Rahman, so much the lighter man (he was supposed to have fought Vitor Belfort, who pulled out with COVID) was clearly the faster man. Moving and boxing, Rahman was landing good shots, staggering Hardy with a left hand. But Hardy, though raw, was game and he kept coming after Rahman. 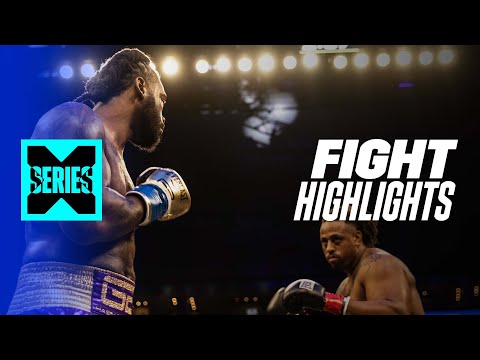 Round two saw Rahman take considerable punishment. Hurt by a number of hefty wallops, Rahman looked as though he might get stopped. To his credit, Rahman dug deep and soon Hardy seemed arm-weary. But Hardy then dropped Rahman heavily with a sharp right hand to the head and the upset looked to be near. Rahman got up and he fired back at the end of the lively session.

Hardy landed more hurt in the third, appearing to score a second knockdown when his uppercut slammed Rahman backwards and into the ropes. The referee ignored the fact that the ropes held Rahman up. Rahman boxed and moved, trying to clear his head. The final round saw Hardy bloody Rahman’s nose and the big guy did more work as Rahman looked to run down the clock. In the end it was a clear win for Hardy.

So, how far can Hardy go? The 34 year old does seem to have something to offer. Having had so little experience, Hardy was impressive last night. Hardy even claimed post-fight how “the division is mine now.”

“I’m ready for everybody. Give me some notice, let me lose some weight. I’m gonna hurt everybody,” he said.

While it’s obviously a massive stretch for Hardy to say he is ready for everybody, the latest athlete/fighter to cross over to boxing will certainly get some big opportunities in the near future. Hardy is a whole lot of fun to watch. As for Rahman, it’s tough to see where he goes from here, having lost to Kenzie Morrison and now to Hardy. 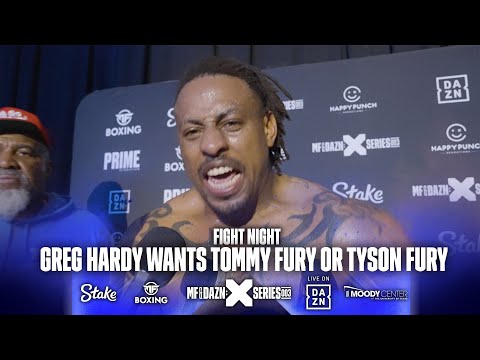