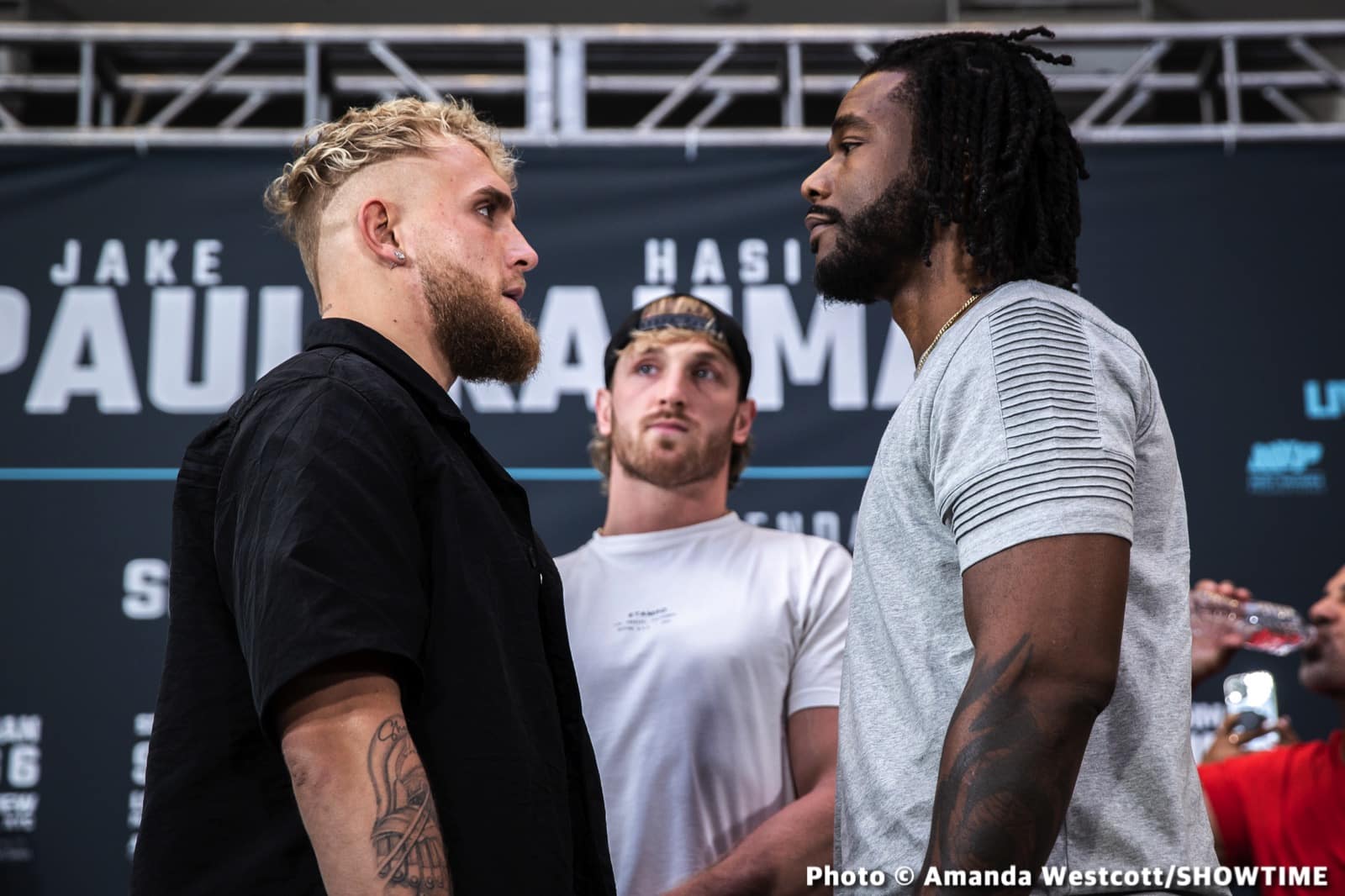 Whoever said pay-per-view was on its way out? The mere fact that the August 6 fight between Jake Paul and Hasim Rahman Jr is going out as a PPV offering can be looked at as a (bad) sign that PPV fight cards will not be going anywhere anytime soon. The heavily-hyped clash – between a YouTuber who has amassed a 5-0 pro record but hasn’t fought anyone of any note, at all, and a 12-1 fighter who has been forced to drag himself down from heavyweight (224 in his last fight) to the cruiserweight limit – will go out on PPV for the considerable price of $59.99.

This has angered plenty of fans and it will be interesting to see how many PPV buys the fight (and its supporting card) pulls in. Of course, as Eddie Hearn (who has nothing to do with Paul-Rahman) has often said, nobody has to buy a PPV card, and if people don’t like it, don’t buy it. Many fans may well give the August 6 fight a swerve, yet plenty of fans have been moved to express their outrage over the PPV price all the same.

$59.99 is a lot of money, especially during these tough times. Will YOU be buying the August 6th fight? August and September of this year could prove pricey for boxing fans; what with the Paul-Rahman fight, then the Oleksandr Usyk-Anthony Joshua rematch on the 20th, and then the big Canelo Alvarez-Gennady Golovkin trilogy fight on September 17. Two of these PPV offerings are pretty much unmissable, and there will be more pay-per-view events later in the year.

It would be a shocking sign of how much the sport of boxing has changed if the Paul-Rahman fight pulled in more PPV buys than either of the two genuine super-fights! It won’t happen, will it? Surely not. Paul has a massive following, but even so……

But who wins on August 6 in New York? Plenty of it depends on how seriously Rahman will deplete himself in making the 200 pound weight limit. On paper, the vastly more experienced Rahman should get the win he says he will get. This is a curiosity fight, nothing much more than that. But again, are YOU curious enough to pay 60 bucks to watch it?