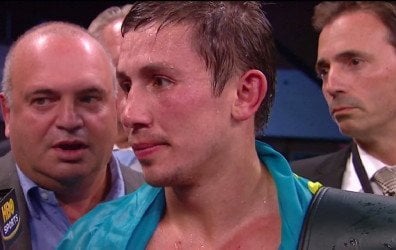 With this victory, Golovkin put himself in a good position to get the winner of the September 15th fight between WBC middleweight champion Julio Cesar Chavez Jr. and Sergio Martinez. This would seem like the ideal fight to have Golovkin take on the winner of Martinez-Chavez Jr. However, Chavez Jr’s promoter Bob Arum might not be too thrilled about putting him in with a guy fighting as well as Golovkin is right now. Arum didn’t agree to put Chavez Jr. in with Martinez until Marquez struggled recently in his last two fights, showing some age. Golovkin isn’t struggling and isn’t showing any age, so it’s highly unlikely that Arum would be willing to put his money fighter Chavez Jr, in with Golovkin if Chavez Jr. gets past Martinez on September 15th.