Eddie Hearn has given his prediction for Saturday’s undisputed super middleweight title clash between Canelo Alvarez and Canelo Plant.

Canelo puts his WBA ’super’, WBC and WBO belts on the line against IBF champion, Plant at the MGM Grand Garden Arena in Las Vegas. 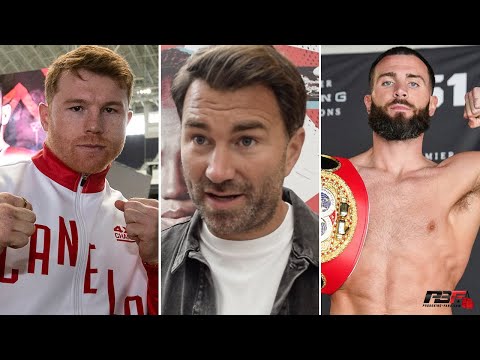 Alvarez signed a one-fight deal with Premier Boxing Champions for this clash and Hearn has predicted a stoppage win for the Mexican four-weight world champion within nine rounds.

“His confidence is unbelievable. You can perceive it to be arrogance.

“I remember talking to him about Callum Smith, about Billy Joe Saunders and I was talking those guys up to him in a one-to-one conversation and he just looked at me like I was mad.

“I think it’s going to be a tough fight, but I do see Canelo Alvarez stopping him.

“He says inside eight, I just give myself one more just in case, inside nine rounds.”

Callum Smith: You’ve got to get Canelo’s respect, I don’t think Plant has the power to do that

Callum Smith has predicted a victory for former opponent Canelo Alvarez over Caleb Plant on Saturday.

Canelo and Plant battle for the undisputed super middleweight title at the MGM Grand Garden Arena in Las Vegas.

The Mexican four-weight world champion then went on to defend his belts against Avni Yildirim in February before halting Smith’s compatriot Billy Joe Saunders in May to add the WBO belt.

IBF champion, Plant is undefeated in 21 fights, but Smith, who has since moved up to light heavyweight has questioned whether the American carries the power to unsettle Canelo and therefore believes his former rival will prevail.

“Plant’s obviously a good fighter, he’s a world champion, he’s earned his right in this fight.

“But, I don’t know if he’s got the power to keep Canelo off.

“He’s a good boxer, but he’s not the biggest of punchers and I think to beat Canelo you’ve got to have a bit of everything.

“You’ve got to be able to get his respect and I don’t think he’s got the power to do that.

“It’s a good fight, but a fight I believe Canelo wins.” 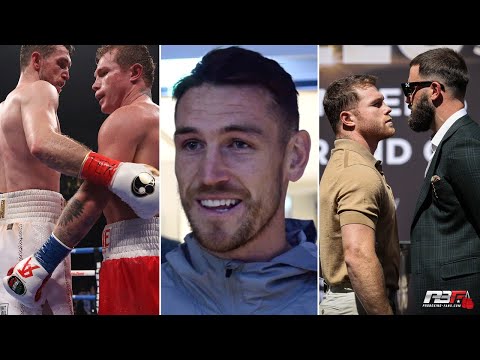