While this isn’t the fights that boxing fans were hoping to see from the former four-division world champion Donaire (41-6, 27 KOs), it’s still an interesting one.

Gaballo, 25, is coming into the fight with Donaire after beating former IBF 118-lb champion Emanuel Rodriguez by a controversial 12 round split decision eleven months ago in December 2020 in Uncasville,  Connecticut.

Many boxing fans had Rodriguez beating Gaballo in that fight, and they were less than happy with the results. It was a terrible before by Gaballo, who was getting outslugged in the second half by Rodriguez.

Donaire will be making his first defense of his WBC bantamweight title that he won earlier this year on May 29th in destroying champion Nordine Oubaali by a fourth round knockout in Carson, California.

That was an impressive display of punching power by ‘The Filipino Flash’ Donaire, as he dropped Oubaali twice in the third and once in the fourth round to get the knockout. 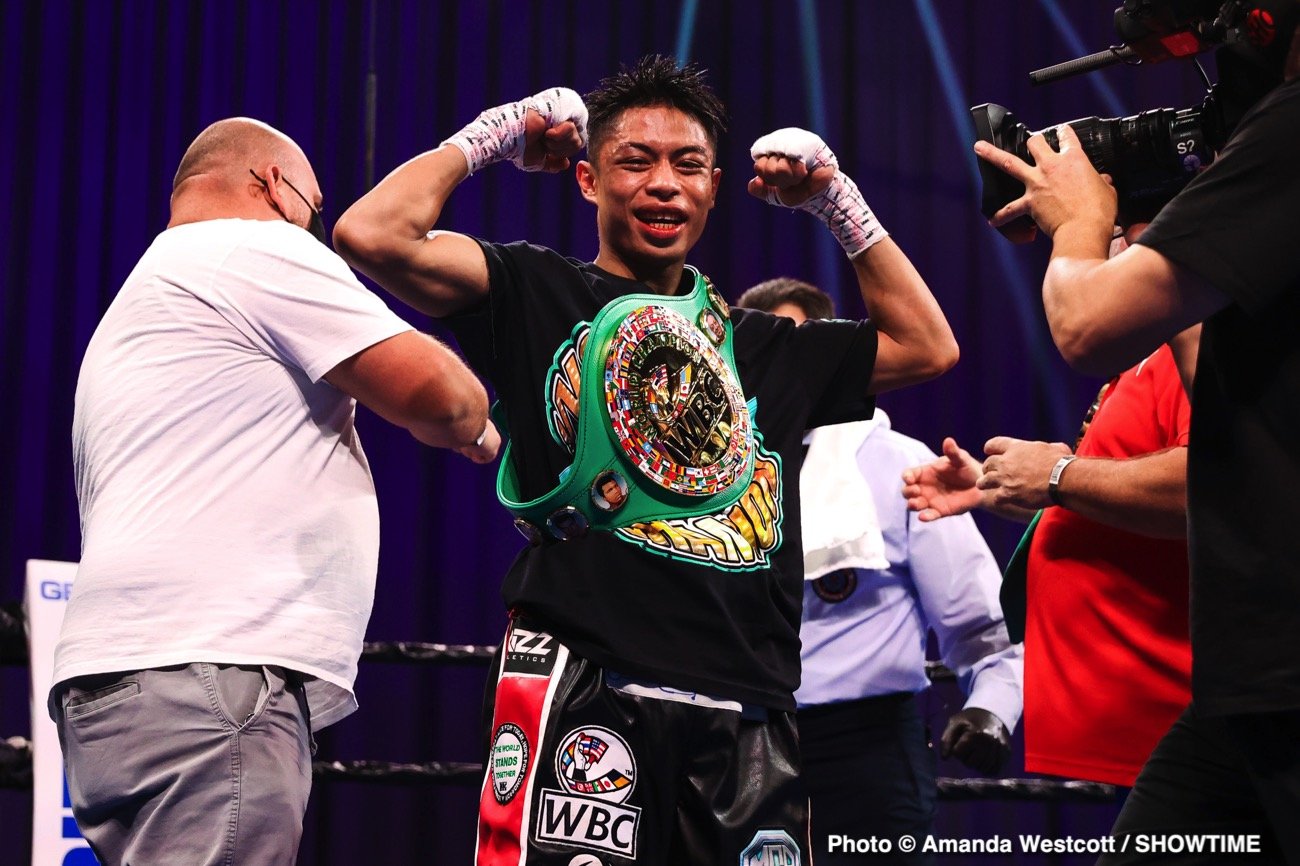 Some of the shots that Donaire nailed Oubaali were devastating, and it was a miracle the French fighter made it to the fourth round before getting stopped.

We’ll see if the 25-year-old Gaballo can stand up to the power from Donaire because he was getting rocked by Rodriguez last year.

Up until Gaballo ran into Rodriguez, he’d looked impressive, beating the opposition that his management had put him in with in the past.

It was perhaps a little too much of a step up for Gaballo with him suddenly matched against a good fighter in Rodriguez after the first six years of his career being matched against no-name opposition of marginal talent.

Rodriguez kind of exposed Gaballo in some ways, showing that he’s not the fighter that many boxing fans thought he was going into that fight.

Gaballo should have done the right thing and given Rodriguez a rematch instead of moving on to challenge Donaire for his title. As bad as Gaballo looked against Rodriguez, he likely would lose the rematch.

If Gaballo can’t show the potential he once had before his fight with Rodriguez, he won’t last long against Donaire.

Donaire lost to Inoue by a 12 round unanimous decision in a grueling war in November 2019, a fight in which both guys were hurt. Fans want to see those two go at it again, and it could happen in 2022.