Former heavyweight champ Andy Ruiz says he is aiming to be back in the ring in January and “The Destroyer” has listed five big names he is targeting: Dillian Whyte, Tyson Fury, Deontay Wilder, Anthony Joshua and Oleksandr Usyk. Ruiz was speaking on ‘The Last Stand Podcast.’ Last seen getting off the floor to win a far tougher than (most) expected battle with Chris Arreola, this in May, Ruiz, 34-2(22) has since been working in the gym and he has dropped some weight.

Ruiz against any of the five names he listed would be big fights, and they would absolutely be interesting fights. Usyk and Joshua are both busy for the time being, their return fight headed for some time in the first quarter of next year, while Fury is most likely going to fight Whyte next, in a WBC title defence. That leaves Wilder. Ruiz Vs. Wilder would be a fascinating match-up, between two former heavyweight champions who both need to show what they have left. 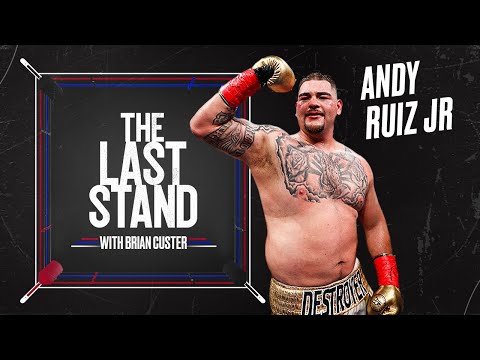 Wilder, who actually went up a few notches in defeat to Fury, remains a huge attraction and if the former WBC were to fight Ruiz it would be a big, big fight. Ruiz, at age 32, is far from old for a modern day heavyweight and if he has got his hunger back (the right kind of hunger) he may well achieve more big things before he’s done. Ruiz deeply regrets the way he partied after his big 2019 win over Joshua and he has urged Usyk to not do the same “dumb things.”

Usyk is not likely to balloon up in weight and eat and drink himself silly the way Ruiz did, at least one would sure think so. Ruiz against Usyk would also be a most intriguing fight. But a Ruiz-Wilder fight seems the easiest fight to make in terms of the five possible match-ups Ruiz spoke of. And Ruiz is pumped at the idea of getting in the ring with Wilder.

“We’re both on the same team, and it’s all business,” Ruiz said of Wilder and his chances of fighting him. “I wouldn’t mind getting in the ring with him, and I feel I could beat him. We got to get it on.”

Who wins this one if Ruiz and Wilder do get it on some time in 2022?