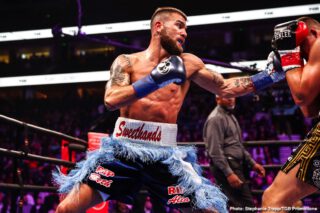 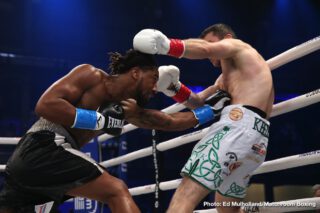 Jessie Vargas sees middleweight champion Demetrius ‘Boo Boo’ Andrade as the most difficult fighter among the top 168-pounders to give Canelo Alvarez the most amount of problems.

The former two-division world champion Vargas picks the WBO 160-lb champ Andrade (29-0, 18 KOs) as being a harder fight for WBA/WBC super middleweight champion Canelo (54-1-2, 36 KOs) than any of these three top 168-lb fighters:

Perhaps it’s just a coincidence that Canelo never mentions Andrade as someone that he’s interested in fighting, so we may not ever get a chance to test Vargas’ theory.… read full article “Demetrius Andrade gives Canelo problems says Jessie Vargas” 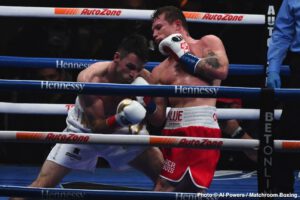 Canelo Alvarez’s trainer Eddy Reynoso revealed that he plans on returning to the ring in the next 90 days to fight a unification match against either IBF or WBO super middleweight champions Caleb Plant or Billy Joe Saunders in Mexico.… read full article “Eddy Reynoso: Canelo to fight Saunders or Plant in 90 days” 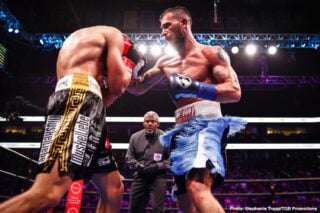 The news of Canelo Alvarez negotiating a fight with Callum Smith for December 18th/19th has many fans unhappy, given that they were looking forward to the former Golden Boy promoted star to face Caleb Plant next.… read full article “Fans wanted Canelo Alvarez to fight Caleb Plant, not Callum Smith” 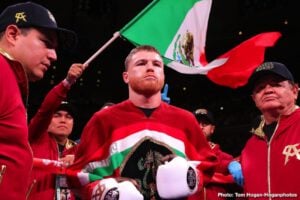 Just who will Canelo Alvarez fight on May 2? As fans know, talks for a fight with Japanese puncher Ryota Murata fell apart (the fight looking for a time to be headed to Japan in late May), then British duo Callum Smith and Billy Joe Saunders each turned down an offer for the fight.… read full article “Caleb Plant Not Fighting Canelo On May 2, But Wants The Fight Later “for all the marbles”” 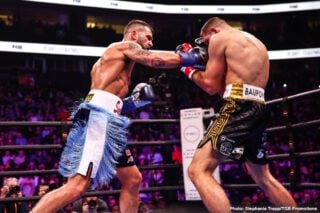 Fighting in front of a raucous hometown crowd for the first time in his professional career, undefeated IBF Super Middleweight World Champion Caleb “Sweethands” Plant (20-0, 12 KOs) put on a show. 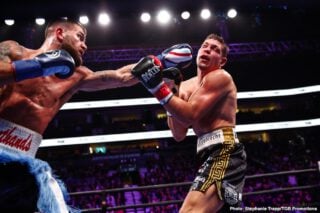 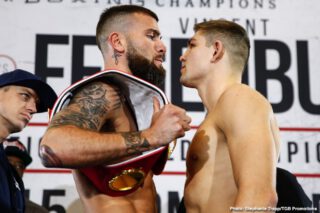