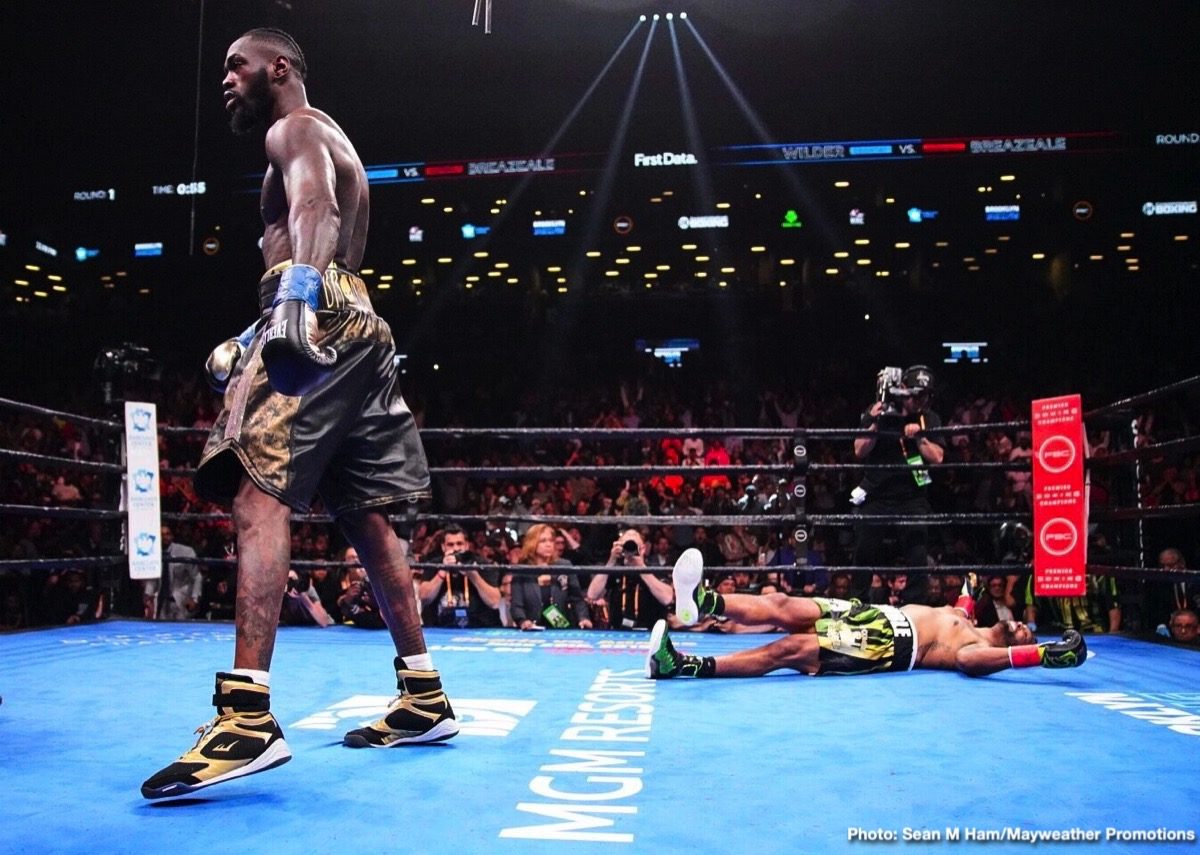 Deontay Wilder, unbeaten at 41-0-1(40) has the incredibly impressive distinction of having either stopped, knocked out or knocked down EVERY single man he has ever stepped into the ring with.

Think about that for a minute. Impressed? You should be. For even if Wilder has faced a few guys, on his way up in particular, whovwrte less than stellar, it still takes some doing taking each and every guy you have coming at you, trying his level best to take you out. And Wilder has done it. Only Tyson Fury had come close to beating Wilder and he had to provide the sport with one Herculean moment in doing so – somehow, not even knowing himself how he did it, geting up from that heavy, heavy knockdown in the 12th and final round of their epic 2018 draw (to be continued).

Wilder has now said, via his soul mate who sometimes does his talking for him, that he will carry on fighting until he is 40 years old at least. And Wilder has the absolute self belief that he will never lose a fight. Not one.

“I win, and I will never get beaten by anyone, ever,” Wilder told me a while back. “I win because of three reasons: I’m tall, I’m awkward and I have a punch from hell! You can’t train for that. You can’t get sparring partners to get you ready for that; no sparring partners can ever emulate me, no matter where they [my opponents] look. I’m the world champion and it’s impossible for me to ever lose; it’s been preordained by God. You might have doubts now but one day, when I decide to retire, you will see I was right – I will never get beaten in any fight. The thing is, I do what I want to do in the ring. People have to realise that.”

And do far, Wilder has kept his zero and the Fury fight aside, where he came close, he has left carnage in his wake. Can anyone prove him wrong and defeat him? If so, who? Is Fury damaged goods now, the way Wilder says he is? Can Andy Ruiz or Anthony Joshua beat Wilder if given the opportunity? What about old man Luis Ortiz ?

Or will Wikder, with his withering power, always find a way to walk away an unbeaten man? If Wilder does continue fighting for another six years and retains his belt and unbeaten record, just what astonishing numbers might he reach: 46-0-1? 47-0-1? 48-0-1? Maybe even 50-0-1!

Wouldn’t that be something? It’s up to one of the other elite heavyweights to halt the Wilder express train. But as he says himself, this is Wilder’s time:

“This is my time, I’ve fought my entire career the way I wanted; the way we wanted, my team and I. No matter what anyone said along the way, we’ve done it our way, the right way. I’m getting near [to my peak] but I’m going to get even better – and that’s a whole lot of scary!”