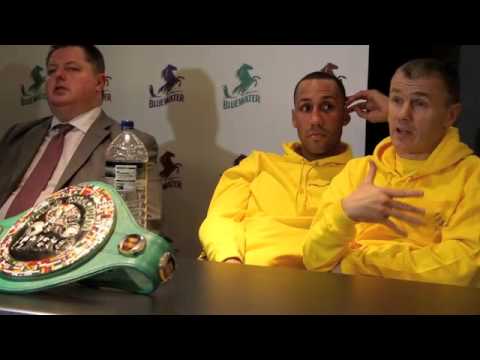 WBC Silver super middleweight champion James DeGale (17-1, 11 KO’s) easily beat American Dyah Davis (22-4-1, 10 KO’s) by a 12 round unanimous tonight in a one-sided fashion at the the Glow, Bluewater, Greenhithe, Kent, United Kingdom. DeGale made the fight much tougher than it should have by wasting lots of energy clowning around and trying to show off for the crowd.

If DeGale had instead channeled his showboating energy into throwing flurries, he probably would have stopped Davis within six rounds instead of having to go the distance. The judges scores were 118-110, 118-110 and 118-110. The scores were more than fair, because Davis didn’t do enough with his offense to make the fight a competitive one.

DeGale did a lot of moving in the first 7 rounds, but then he lost steam in the 8th and started getting hit some by Davis. DeGale did a good job of using head movement to avoid a lot of the single shots that Davis was throwing, but he definitely faded from the 8th round on and Davis was able to hit him more.

Davis probably could have swept the last five rounds of the fight if he had put his foot on the gas pedal and started throwing a lot of punches, but he didn’t have the game to do that. Instead of throwing a lot of shots, Davis kept throwing one punch at a time and this enabled DeGale to still dominate the last quarter of the fight despite him looking tired.

After the fight DeGale’s promoter said that there’s a possibility that DeGale could face Marco Antonio Periban in a WBC super middleweight eliminator bout next. 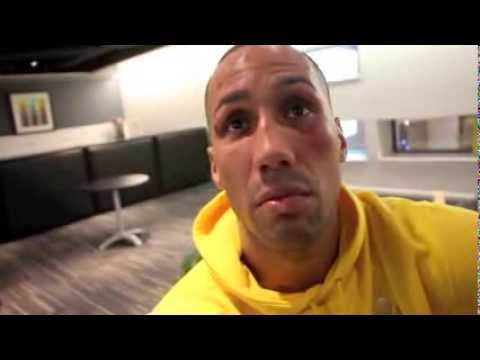