Former IBF super middleweight champion Caleb ‘Sweethands’ Plant is ready to get back to his winning ways on October 15th against Anthony Dirrell at the Barclays Center in Brooklyn, New York.

For the 30-year-old Plant, this is his first fight since losing his IBF 168-lb belt to Canelo Alvarez last November. That was a fight in which Plant was giving Canelo all he could handle until gassing out in the championship rounds.

Plant says he wants to beat the 37-year-old Dirrell and then face either Jermall Charlo or David Benavidez next. Charlo appears to be the guy that Plant wants the most, but we’ll see if that fight can be made.

If Plant has to take the Benavidez fight, it’s going to be a really tough one for him because he would be giving away a lot of size, power & youth.

“There have been plenty of fighters that have been stopped before when they fought other great legendary fighters,” said Caleb Plant to Premier Boxing Champions.

“I train year-round. I don’t smoke or drink, and I don’t party. I feel young, and I feel fresh. I’m nowhere close to what I want to accomplish in boxing.

“Experience like that fight [Canelo Alvarez] can’t be bought, and I can take that experience with me to other big fights. I think I’m definitely been benefiting. Something new, something fresh. I’ve been boxing for a long time, since I was a little kid.

“I have a lot of the same ideas and thoughts as my dad. I’m still bringing fresh ideas to the table. It’s been a great camp. We’ve made a lot of progress. We got a lot done, and it’s been nice.

“I miss it. My dad has been pushing me really hard. I’m in great shape. We’ve had great sparring in camp. This has probably been the best sparring I’ve had in camp. I trained people like Carlos Adames, Shane Mosley Jr, and Tyrone Davis, who had a draw with [Dirrell].

“I’m definitely ready to get back in the ring and make that walk. I’d say it’s my best camp, my best sparring, and the best I’ve done in sparring. I’m excited to show.

“I’m disappointed. That’s a fight that I came to win,” said Plant about his loss to Canelo Alvarez. “I feel like some of his opponents have come in to pick up a check and hand a belt over. That’s not my mentality and how I handle my business. 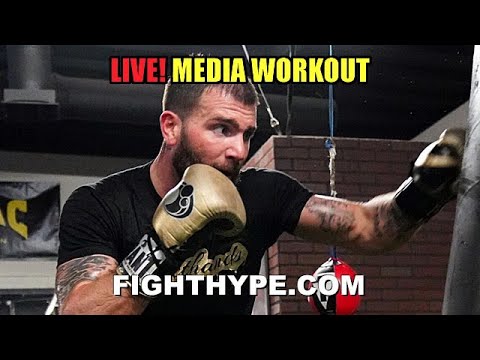