Things could – and hopefully will – change, but it seems more and more likely that Tyson Fury will fight the thoroughly undeserving Mahmoud Charr next. We’ve all heard Fury’s bluster – how Anthony Joshua failed to sign on for the December 3 fight in time, how the “bodybuilder, dosser, s**t house” doesn’t have the stuff needed to fight “The Gypsy King.”

Some Fury fans might be swallowing it, but plenty of other people are not. These folks feel Fury was always looking for an easy fight, not one with Joshua – who called his bluff by accepting that 60-40 purse split offer. Then again, some fans have asked why AJ failed to sign on for the fight, having had the contract in the hands of his legal team for 10 days. Enough of the back and forth; we fans have had enough. The two biggest names in British heavyweight boxing are not going to fight (at least not this year), so we move on. And it really does seem as though Fury will move on, or he has moved on, to a fight with Charr.

Fury has praised Charr for “having fire and desire.”

“Fought some of the best and now stepping up again,” Fury wrote of Charr on social media. “Get in there Charr.”

But seriously, who on planet earth will accept this fight as a real challenge for Fury, a fighter who is, we must not forget, at his peak right now? Who will watch it? More importantly, who will PAY to watch it? Will this disgrace of a mismatch possibly be forced upon us as a pay-per-view fight? Even more seriously, will the WBC sanction Fury-Charr as a world title fight?

Why is this such a disgraceful mismatch?

37-year-old “Diamond Boy” has not beaten a ranked foe since his November 2017 win over Alexander Ustinov. Yes, that’s almost five years ago, and even then, that fight, which contested the WBA regular title at heavyweight, was much-maligned. And rightfully so. Since then, Charr – a good guy and an honorable fighter who cannot be blamed for taking the Fury fight/payday – has beaten hype-job Christopher Lovejoy, this in May of last year, and Nikola Milacic, this in May of this year.

How about that for world title credentials. Or lack thereof.

Fury has called Joshua all manner of names for failing to sign on under his own deadline conditions, perhaps hoping the fans would fully side with him and turn fully on Joshua for screwing up their fight. Yet it seems things appear to have gone the other way (check out the videos on YouTube, plenty of them stating how it is Fury who has either ducked AJ or never had any real intention of fighting him next in the first place). Fury’s rep will surely suffer big-time if he does fight Charr next. 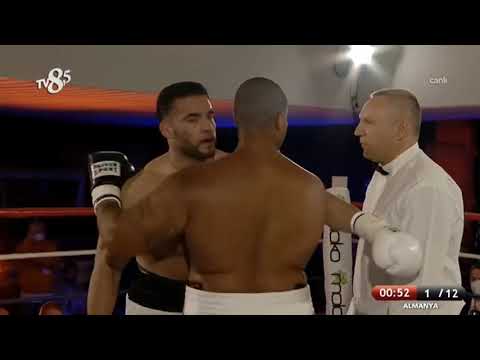