Trainer Abel Sanchez says Gennadiy Golovkin has nothing to gain by fighting Jermall Charlo or Demetrius Andrade. He feels that those fighters haven’t done enough to warrant a fight against the 40-year-old Golovkin (42-2-1, 37 KOs).

With that being said, Golovkin doesn’t have a lot of options for big-money fights at 160, so it might be a mistake for him to dodge a fight against Charlo at this stage of his career.

Golovkin just lost to Canelo in their trilogy fight on September 17th, and the way he fought, he’s not going to get a fourth fight against the Mexican star. With that listless performance, Golovkin ruined his chances of ever fighting Canelo again.

If Golovkin put in some effort in the first six rounds, he’d have had a chance of winning or, at the very least, creating enough interest for a fourth fight.

Instead, Golovkin looked lazy and played it safe until the situation was dire for him in the championship rounds.

If Golovkin listens to Sanchez and stays away from Jermall, who does that leave him to fight at 160? Fans don’t want to watch Golovkin fight Kamil Szeremeta or Steve Rolls again. They expect quality.

“Golovkin has no reason right now to fight an Andrade or Charlo. There’s nothing to gain,” said Abel Sanchez to Fight Hub TV.

“The public wants something different. Yeah, there are a lot of Charlo fans that want the Charlo fight, but they’ve been asking for that for three years, and Charlo hasn’t done anything to, as I’m saying about David Benavidez, to warrant that to force that fight to come to fruition.

“Canelo cannot take one of those guys at a time every time, every time,” said Sanchez about his opinion that Canelo shouldn’t be expected to fight David Benavidez or Jermall Charlo.

We saw Golovkin’s popularity dip due to him taking soft opposition from 2018 to 2022. It was the same situation with Canelo. He fought a lot of paper champions at 168 from 2018 to 2021, and he chose not to fight the guys that fans wanted him to against David Benavidez and Jermall Charlo.

“That’s kind of crazy for him to be fighting the top guy and then the next top guy,” said Sanchez. “Why don’t they eliminate each other? Find out who’s the best, and then fight the guy at the top of the heap.

“If the fans had their way, Canelo would be fighting the #1 guy, then the #1 guy. Who does that? Mayweather never did that. Mayweather always brought guys up.

“So, they’re asking for a fighter in Canelo’s stage or even Golovkin’s stage to fight the #1 this month or next month and then wait six months and fight the #1 again. It doesn’t work that way.

“Boxing business would not be in business. Everybody would be eliminated. There would be no good guys. No stars.

The fans don’t get in the ring,” said Sanchez when told that the fans criticize Canelo for not taking the initiative to fight Jermall Charlo and David Benavidez.

“The fighter and the people he trusts around him to make the right decisions for him are the ones that are important. The fighters at Canelo’s stage, Golovkin’s stage, and [Gervonta] Davis’ stage, they need to fight the fights that are going to be beneficial for them at the moment.

“Forget what the fans say. The fans are going to buy it anyway. The fans need entertainment. They’ll pay what they’ll have to pay. They’ll b***ch about it, but they’ll pay.

“We forget about the guy that we like to watch. Unfortunately, it’s become a business. Sometimes your at a level where Canelo is, and you can dictate what you want. That’s what takes long,” said Sanchez. 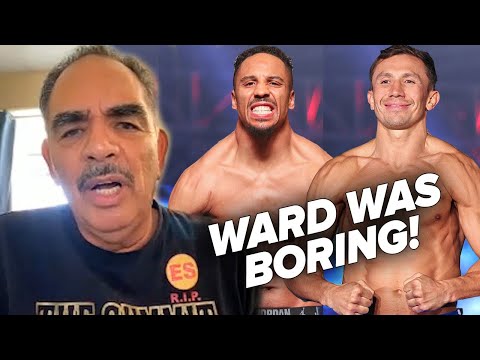