Fans outside the US can watch The fight live on FITE TV:

Following a nearly 30-minute video review, the referee’s decision of a headbutt was upheld. Franco retained his title, the title he won from Moloney via decision nearly five months prior.

After all the trash talk and ensuing tension, Franco and Moloney are set to meet in a trilogy showdown Saturday at the Hard Rock Hotel & Casino Tulsa. Moloney hopes to right what he feels was an injustice, while Franco is out to prove their first fight was not an aberration.

The special feature directly before Franco-Moloney 3 will showcase the pro debut of middleweight Nico Ali Walsh, grandson of Muhammad Ali, who will take on Jordan Weeks in a four rounder.

In the 10-round co-feature, which will open the main telecast, undefeated junior welterweight contender Arnold Barboza Jr. will battle Mexican veteran Antonio Moran.

At Thursday’s final press conference, this is what the combatants had to say.

“It means everything to me. This fight means a lot, and that’s why I prepared myself the very best in the gym. Winning this fight and making the statement I want to make will open up bigger doors for me. There were no issues at camp. Camp went very well, very good, so I’m ready to go. ”

“Expect a great fight, a great show, fireworks, and expect for me to make a statement Saturday night.”

“{The second fight} was only two rounds. Two rounds don’t really show much. To me, the fight was going the same way as the first fight, but that’s why we’re making the third fight, to take care of business. I’m ready for that. ”

“I think you can expect a great fight. I know Franco will be more determined this time around after the criticism he’s copped since that last fight and the whole world knowing that I should be the champ right now. But I’m coming even more determined with more to prove, and as I said, I’m doing this for my family, and this is going to be a great night, and I’m going to come out with that belt like I should’ve.”

“It’s hard to put into words how much this means to me. I feel like my whole life, I’ve been dedicated to this sport. In the last 18 years, I’ve given this sport everything I’ve got, and all the hard work and all the sacrifices I’ve made will all be worth it when I become a two-time champion on Saturday night. And this is for my family as well. We’ve locked ourselves in a house for training camp and have been very safe to make sure that nothing gets in the way of this fight happening, and it’s a pleasure to be back over here in America. I really feel like this is my second home now. I feel very comfortable here and look forward to putting on a great show for everyone on Saturday night.”

“I know 100 percent deep down inside there was no headbutt. The whole world knows there was no head clash, and if you watch the replay, you’ll see at 1:36 left in round one; I land a jab that shuts his eye. I knew that on the night, and I’m even more sure of it now. ”

“I’ve been training with SugarHill and BB Hudson, and we’re having a great time in the gym. I’m learning a lot, and it’s been quite the experience. I’m not surprised by the attention. I know my grandfather is a pretty special person to a lot of people. It’s pretty good hearing all the stories, knowing that my grandfather has so much love and admiration, and people are carrying that onto me. That’s great, but it doesn’t affect my preparation. I would be training the same if I was Joe Schmo on the street.”

“I feel good. Happy to be here. {Moran is a} tough fighter. He’s fought excellent opposition, he has good experience, and I’m looking forward to this. I really am.”

On the Saucedo fight

“I fought a different fight than people expected. It’s a fight I made that way. I could’ve boxed the whole fight, but I wanted to prove a point that if someone wants to stay and try to bang with me, then I can bang. And if they want to box, I can do that, too. That’s how I came up. If you look at the tape now, it’s like, what can you do against me?”

“You learn more from defeats than victories; I’ve learned a lot from those two fights (against Devin Haney and Jose Pedraza). I’m looking forward to better challenges. I feel stronger at 140. At 135, I was struggling too much. I feel stronger.”

“He’s a great fighter. We’ve been working on speed and counterpunching, and we’ll be moving, and we will have a good night.” 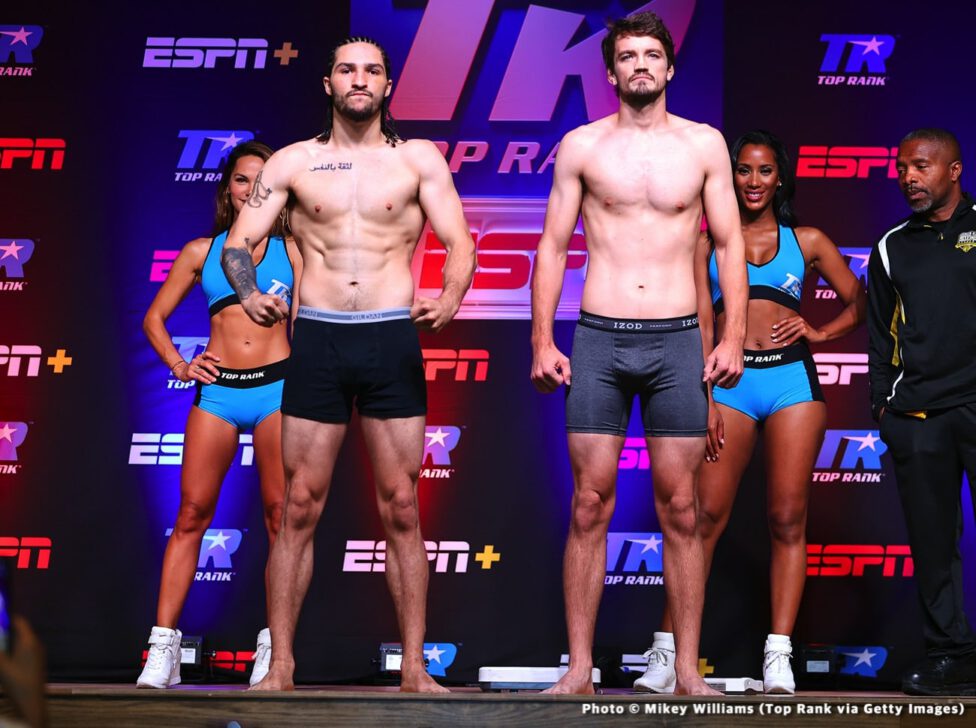 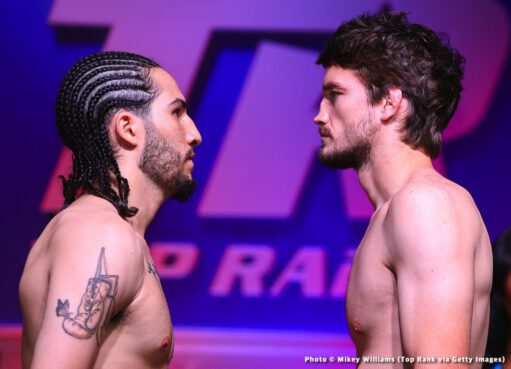 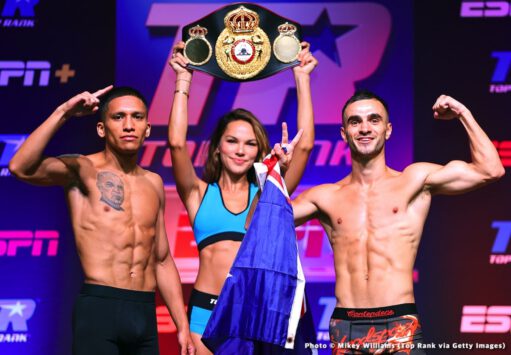 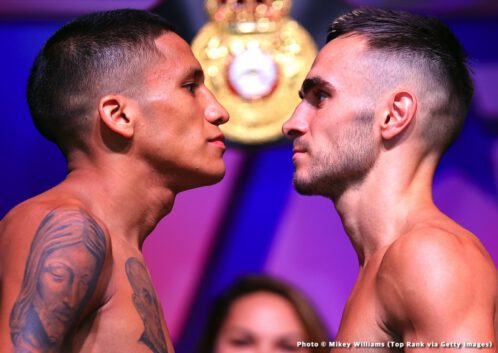 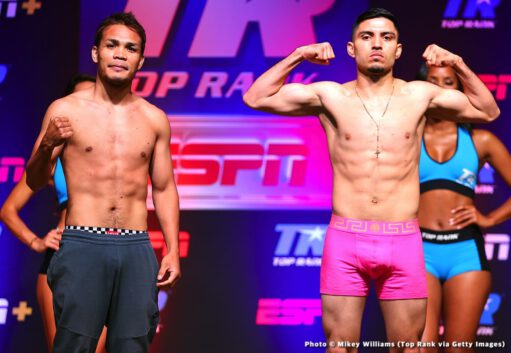 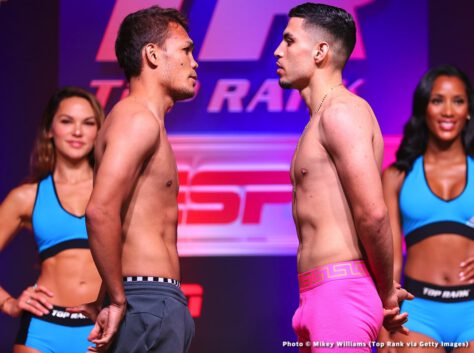 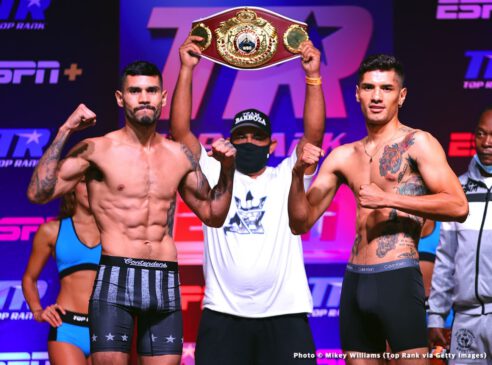 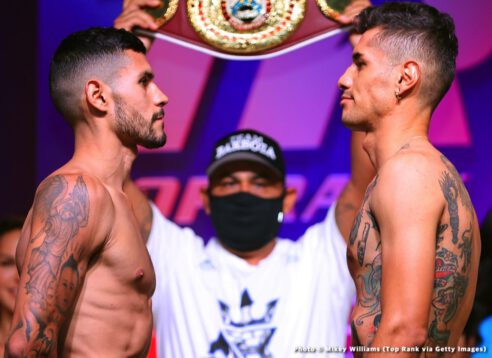 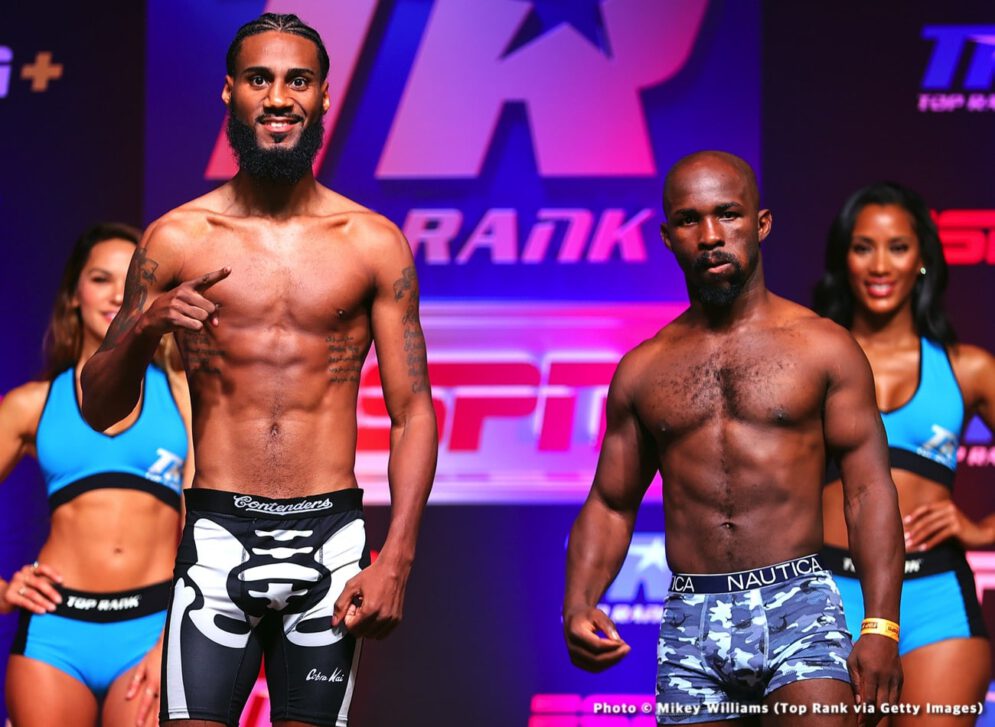 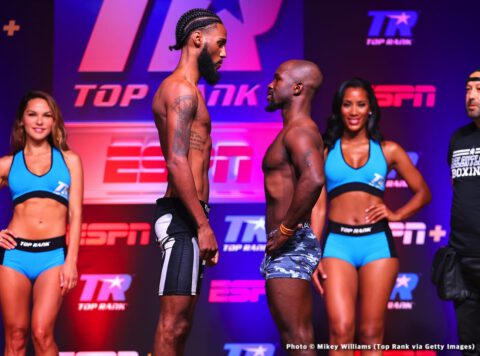 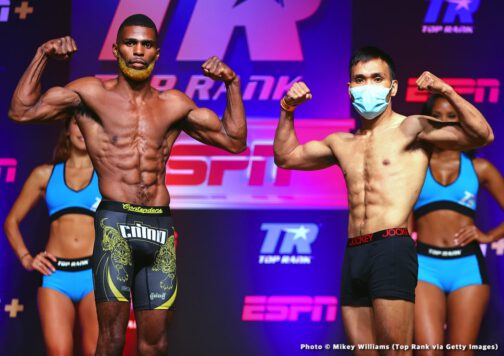 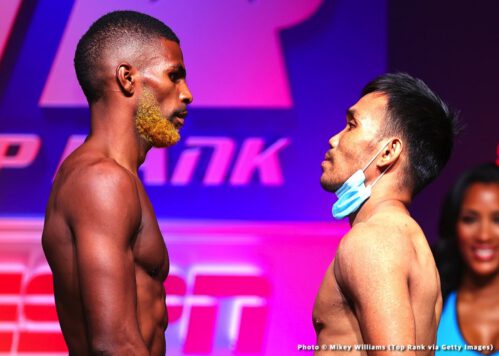