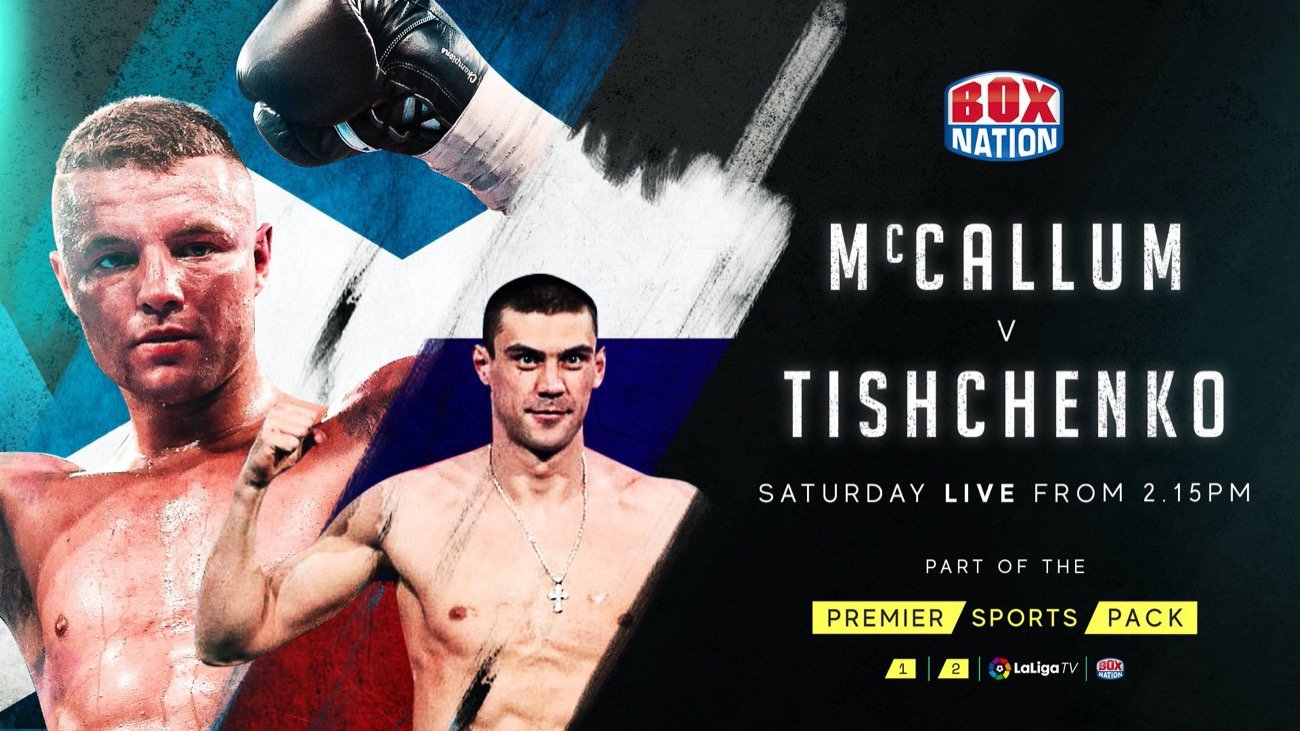 Premier Sports and BoxNation have announced live and exclusive coverage from Russia this Saturday afternoon as Scotsman John McCallum takes on the biggest fight of his career as he attempts to win the vacant WBO European Cruiserweight title against Evgeny Tishchenko.

The 32 year old from Edinburgh is a former international and British Masters champions and last fought in February 2019 beating Casey Blair in a points win. This weekend will be a huge test for the Scotsman as McCallum travels to Ekaterinburg, Russia taking on the undefeated Tishchenko for the vacant title.

Russian Evgeny Tishchenko began his professional boxing career in August 2018 and has since recorded seven wins in his career including five knockout. Tishchenko last fought just eight months ago beating Marcos Antonio Aumada in a third round KO.

Live and exclusive coverage on BoxNation will begin at 2.30pm from Ekaterinburg and customers wishing to watch can easily sign up via the Premier Sports website – www.premiersports.com.

Prices for the Premier Sports bundle including Premier Sports 1, 2, LaLigaTV and BoxNation start from just £9.99 on Sky, Virgin and the Premier Player. BT Sport customers also get access to BoxNation as part of their subscription via BT TV, Sky and the BT App. New customers to the remier Sports bundle will get access to Scottish knockout football this month and the highly anticipated Welterweight World Title showdown between Terence Crawford and Kell Brook next Saturday Night, November 14th.

A ABOUT BOXNATION
BoxNation began broadcasting in 2011 and has featured some of the best fights from home and abroad in the 8 years it has been on air. BoxNation is currently available on Sky channel 427, Virgin TV channel 546, BT TV and Talk Talk channel 415.