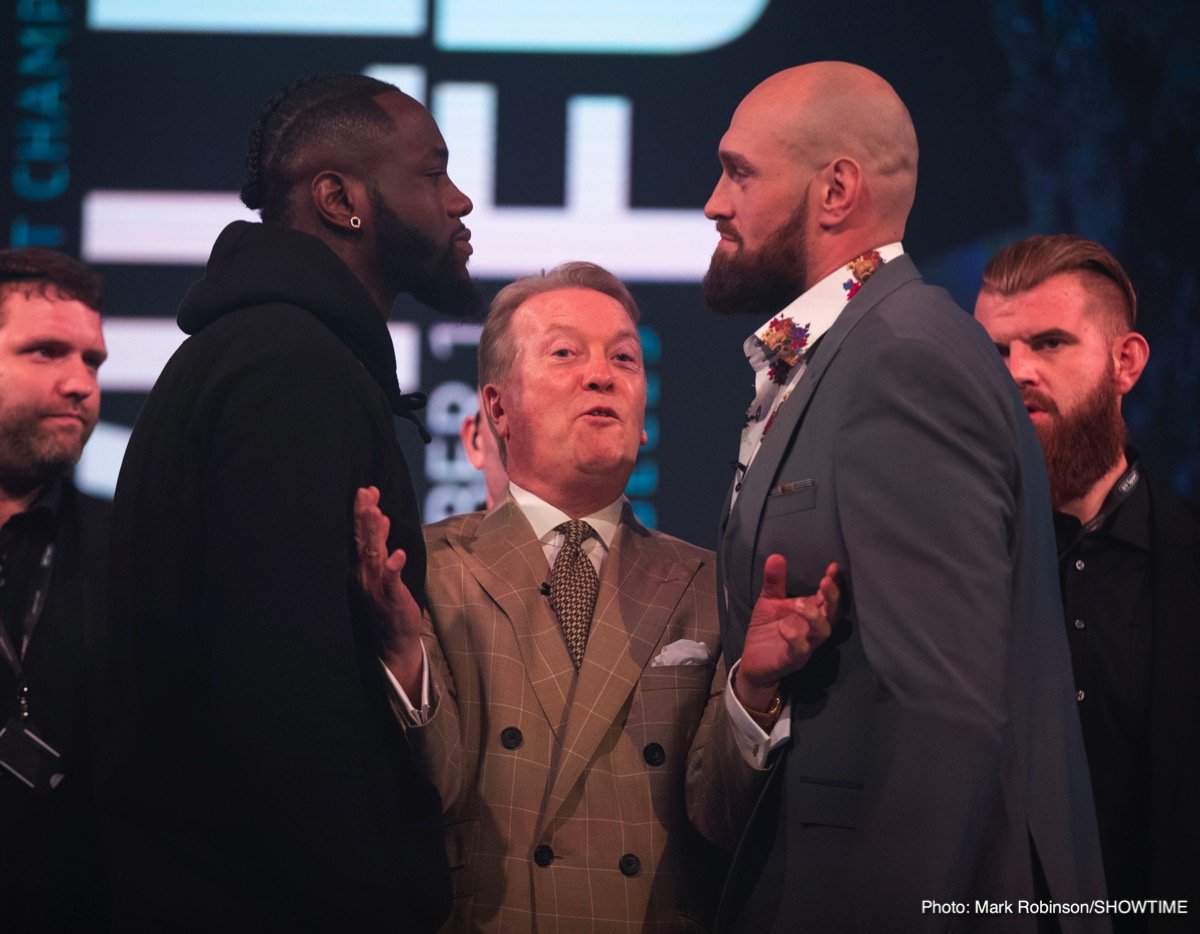 All other possible scenarios aside, might the fast-approaching Deontay Wilder-Tyson Fury heavyweight showdown come down to one thing: who takes the better punch? We know both men can punch some, Wilder especially – in fact all heavyweights can hit. But if the December 1st battle does come down to the ability to take a hefty head shot, which man has the better chin – Wilder, 40-0(39) or Fury, 27-0(19)?

Both unbeaten giants have both hit the deck and been wobbled during their respective careers, yet so far both Fury and Wilder have always found a way to win. Fury has only been in with one genuinely murderous puncher, this being Wladimir Klitschko, yet as we know, the last couple of rounds aside, Klitschko barely let his hands go during the 2015 fight that saw Wlad go down on points. Wilder has also met just one legit puncher, this being Luis Ortiz, and in this fight, a rough one for both men at times, Wilder was rocking and rolling during a torrid seventh-round.

In terms of knockdowns suffered, Wilder has been on the canvas just once at pro level, while Fury has been sent south on two occasions. Wilder was dropped by Harold Sconiers in what was “The Bronze Bomber’s” thirteenth pro outing. Fury was decked by Neven Pajkic in what was “The Gypsy King’s” 17th pro bout. Fury was also put down by Steve Cunningham, this fight being his 21st at pro level.

But a key point that must be made is how Fury was, back then, a totally different fighter; a far more reckless, willing to rumble fighter compared to the smart and cleverly elusive boxer he later became and remains to this day. Wilder is basically the same old Wilder he has always been: raw, wild but wickedly powerful. But this isn’t about who is the better, more polished boxer, it’s about which man has the more proven chin.

In truth, there are question marks next to both beards. Fury has not been hit cleanly by a monster puncher, while Wilder did survive the hard shots Ortiz was able to land on him. Fury has also been down more than Wilder has (he was also rocked quite badly by Nicolai Firtha in his sixteenth pro fight, but then again, Wilder was briefly wobbled by Eric Molina in one of his early title defences). Basing it on these factors, Wilder has the more proven chin of the two. On paper anyway.