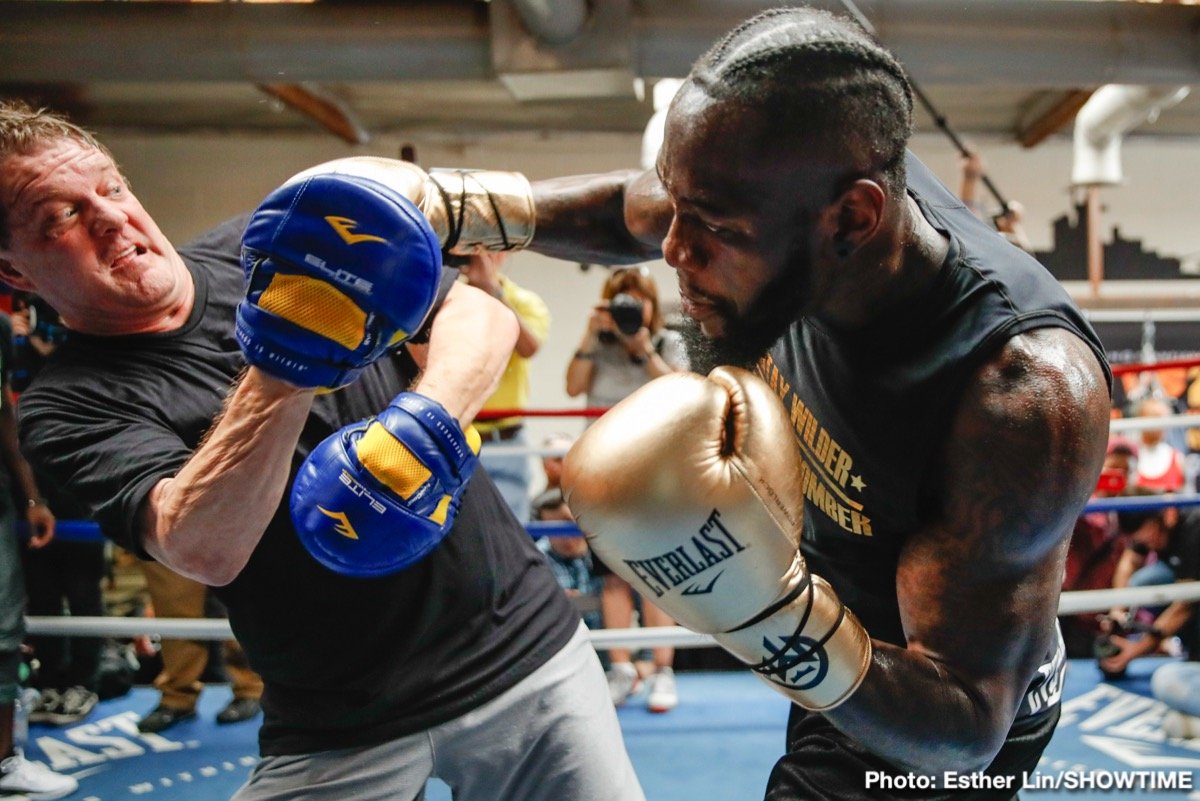 Eddie Hearn has told Sky Sports how he has been instructed by Anthony Joshua to “make the fight” between AJ and Deontay Wilder. And, Hearn says, if the reigning WBC heavyweight champ defeats Tyson Fury a week tomorrow, he will be offered a two-fight deal with Joshua – one fight to take place in the UK, one in the US. But Hearn has also said that negotiations must begin “within a three-week window” after December 1st, that they will move on if talks do not get underway then.

And as for other possible options for April 13th – Joshua’s next fight to take place on this date, at Wembley – Hearn has not ruled out a massive rematch between AJ and Wladimir Klitschko.

“If Fury wins and the rematch clause kicks in, we know we’ve got to move on ourselves, but my instruction is ‘Make that fight’,” Hearn told Sky Sports earlier today. “They haven’t really wanted to speak to me before it. Now when the fight’s over, if Wilder wins, we’ll be on him on Sunday, saying any chance now? Can we meet now?If they say no again, I don’t know what else we can do. If they are true to their word, on December 2, if they beat Tyson Fury, we will immediately start negotiations and we’ll see where we get to. April 13 is easy and it’s a two-fight deal this time, the offer that we’ve made. One in America, one in the UK, we cannot say fairer than that.”

So yes, in an ideal world, if Wilder does beat Fury, the two rival heavyweight champions will sit down and get down to business. Fans just want to see Wilder and Joshua fight once, let alone twice, but of course, if the action turned out to be as special as many think it will be in fight-one, a sequel would be eagerly welcomed. But will the AJ/Wilder negotiations be any easier, any smoother this time round (again, if Wilder beats Fury)?

If it’s not Wilder in the opposite corner on April 13, then who might it be for AJ? Hearn again spoke of the possibility of a Joshua-Klitschko II – this despite the fact that Bernd Boente this week said “not at all,” when asked if Wladimir has any plans to fight again.

A return fight would of course be huge, as well as intriguing (Klitschko came oh, so close to defeating Joshua in that momentous April 2017 battle) – but the one we really want is Joshua Vs. Wilder. And we might even get to see this match-up go down twice.