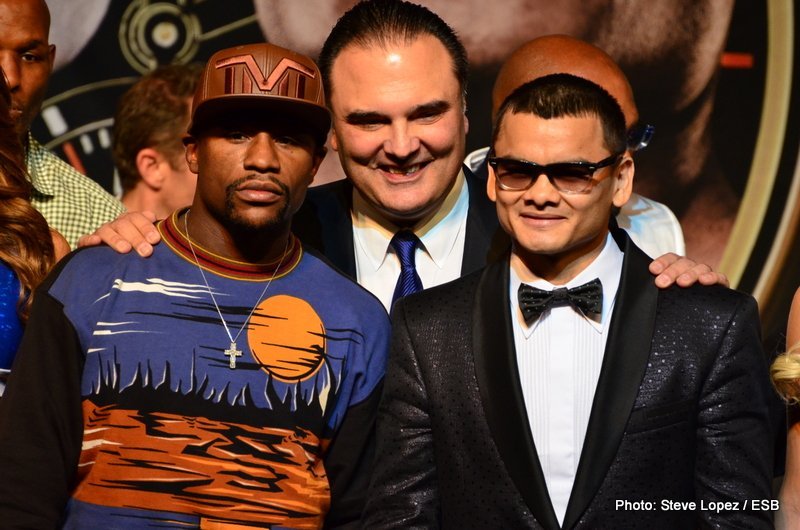 Day 2 for “The Moment” came with with final press conference for the Welterweight unification bout between Floyd Mayweather, Jr. and Marcos Maidana.

The trainers, promoters and sponsors all took the time to thank the fans and media as the build-up for the fight continues.

Mayweather, Jr., in an effort to show his philanthropic side, announced a donation to the Sussan G. Kommen Foundation. But this is a stage that Mayweather has been on for so many years already. Mayweather promised victory the same way he always has over the years.

Team Maidana was humble in the opportunity, but also gleamed with confidence. Marcos Maidana is once again in the same position he finds himself in for the big fights: the underdog. He was the underdog on the Ortiz and Broner fights. This fight is no exception. The Argentine, somehow, feeds off of that role. Will Maidana defeat the odds again and pull the biggest upset in his career?

Here are notable quotes from the press conference as well as visuals from the fighters.

Who will seize the moment?!

“He’ll be making a donation to the Sussan G. Kommen foundation on behalf of that. Also, he’s donation this amount to all the survivors to purchase wigs.”

“There will be other great fighters that come along, but there will never be another Floyd Mayweather.” 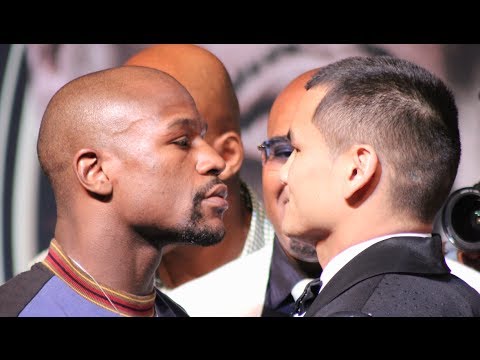 “This very well could be his last fight. I was shocked. You know, it was news to me. Obviously, we have a long-term deal with our partner Showtime. But, we never know. This Saturday night, this could be it. That’s why any and everything we do…all this is history. Just getting a glimpse, but being here at this press conference, just being able to come together and watch his events because this will never be duplicated again.”

“I think he will bring the A game that Floyd talks about that he’s ever, ever had to do. We know Maidana. He comes to bring it to the opening bell. He’s not going to sit back. That’s not what he does. He’s coming from that opening bell to try to take Floyd’s head off.”

“We back again, what else can I say?”

“Marcos Maidana has been making a lot of noise. Is he one of the best guys in the sport? Yes, he is. But I AM the best. And that’s the difference.”

“He’s tough. He’s rugged. He’s the champion. I respect him as a man. But, come Saturday, you have to make me respect your fight game. I don’t ever go into a fight with no game plan. My game plan is to win and be first.” 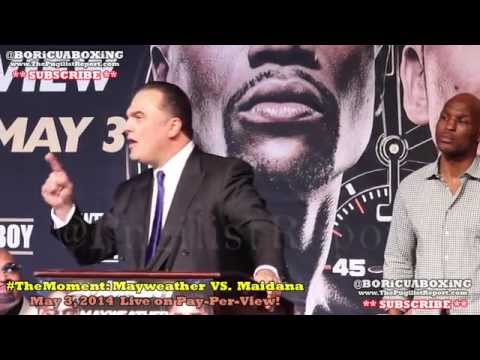 “There is no bad Marcos Maidana fight. It just doesn’t exist. So you can look for fireworks and action from this side. This guy here. The best dressed guy on the dais today…he is coming to win. Sorry, Leonard.” 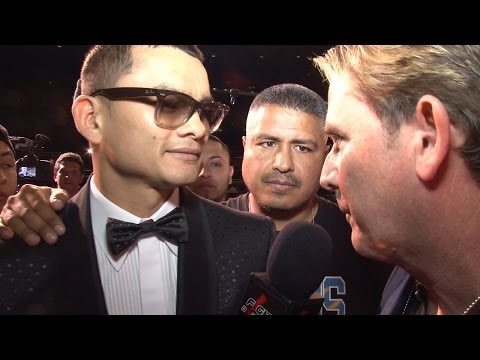 “I want to thank my family, my team and no one else…because I won this with my effort.”

“I won this opportunity. No one gave me this.”

“I come with a good physical state. I prepared myself very well. I know this is a very difficult fight.”

“Mayweather, like everyone knows, it’s a great champion. An excellent boxer.”

“But just like the people say here: a mi me vale madre ese guey! (I don’t give a fuck about him!)”

“Thank you all for being here.” 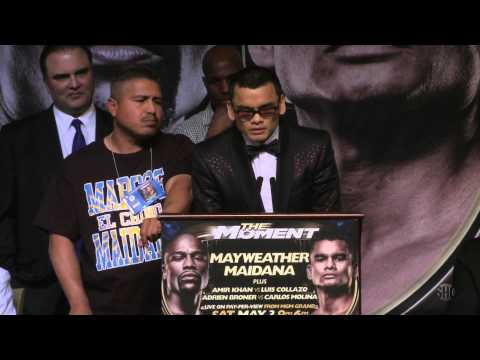 “The moment is here. We’re a few days away from the fight. We had a great training camp. We did everything we were supposed to. Chino responded to everything.”

“The work that Alex Ariza did, myself, the assistants, the cook…everybody on our team did a good job. Everybody did their best and we’re coming out here to do what we do best.”

“Chino has done it before. He has proven the world wrong and we’re ready to do it again this Saturday. I want to thank Mayweather’s team. Very respectful team to us. We have nothing but respect to them. But, come the day of the fight, we’re in a fight. Thank you all for being here.” 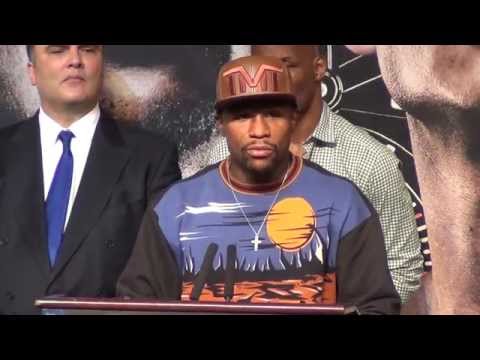