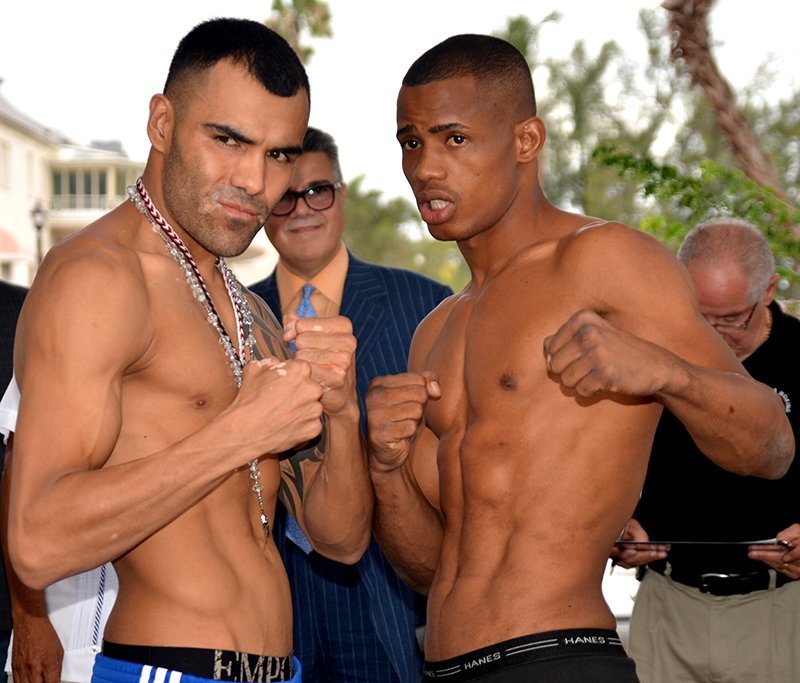 As Medina met with his camp to address his weight, the remaining 14 fighters all made weight without incident. It is unknown whether Medina ultimately made weight or what the contracted penalty for failing to make weight will entail.

After the weigh-in, Jonathan Gonzalez discussed his amateur experience, fighting style, and professional ambitions with East Side Boxing. Through an interpreter, he identified himself as an outside mover/boxer, more in the tradition of Ali, Leonard or Robinson than Frazier, Hagler or LaMotta. A former Olympian, Gonzalez has a deep amateur pedigree that includes over 135 fights.

Gonzalez is not one to watch old films of fighters as Mike Tyson and Cus D’Amato were known to do, nor does he model his boxing after any particular boxer before him. However, Gonzalez has drawn inspiration in the sport from both Miguel Cotto and Felix Trinidad, two of Puerto Rico’s all-time greatest boxers.

Since abandoning his remarkable amateur boxing career, Gonzalez as accrued an equally impressive professional record of 17-0-1 with 14 KOs. When asked how he was able to make the amateur-to-professional transition that has obstructed the career paths of so many fighters before him, Gonzalez says that his style of boxing as an amateur was that of a hard-hitting body puncher. This style, Gonzalez correctly concludes, makes for great professional boxing.

Bill Barner is a former certified “USA Boxing” Judge, Referee, and Trainer. He is a former sparring partner for several amateur and professional fighters and currently practices law in South Florida for BarnerRossen PA. He is a regular contributor to East Side Boxing.