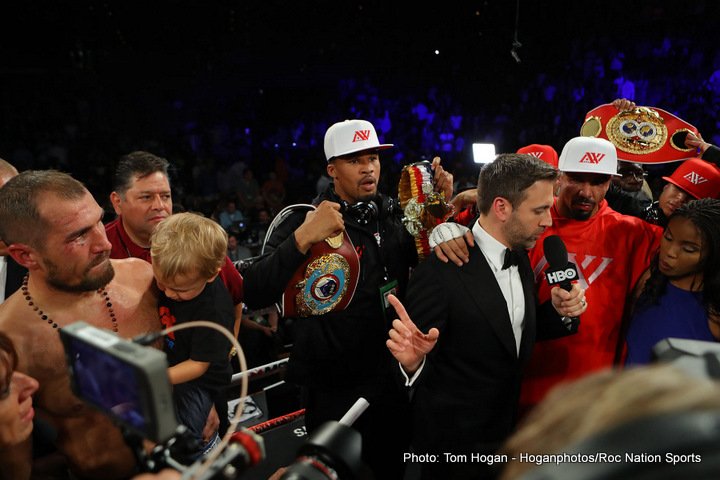 There are winners, and there are champions at heart. Sergey Kovalev, despite being a rather active trash talker, is generally a very honest and constructive person after his bouts. In today’s Instagram, Kovalev stated the following:

“I admit that Ward was better in rematch. I give him credit he did his homework with “A” and showed his professionalism and discipline. But he didn’t put an end to our clash. I fought with two people in the ring… I will be back!”

After the conclusion of the fight, an army of boxing fans as well as the boxing media expected a rain of complaints from Sergey Kovalev about Andre Ward, and his “low blows.” This would certainly make sense, and be a very common happening in boxing, but Sergey has no beef with his two time victor:

“I have issues with the job the judges did. During the fight I signaled them numerous times, that my opponent his hitting me below the belt, but there was no reaction from them. In the eighth round Ward executed his dirty trick three times, which was what got me off my game. There is no question that the referee should have given me the time to recover, and give my opponent another warning for what he was doing. Instead he stopped the fight, and handed me a loss. I want a third fight with Ward, and I hope that it will be a fair one. In a fair fight I will win.”

It is quite interesting that Kovalev did not say that Ward should have been punished by a point deduction by Tony Weeks, but instead given another warning. Maybe Kovalev’s newfound respect for Ward is going to play a role, to some degree, if the third fight makes it to the negotiations table.

What Ward did in their fight, is somewhat normal. Most fighters will go as far as the referee will allow them during the fight, and although Weeks did react to some things, he was way too quick to end the fight.